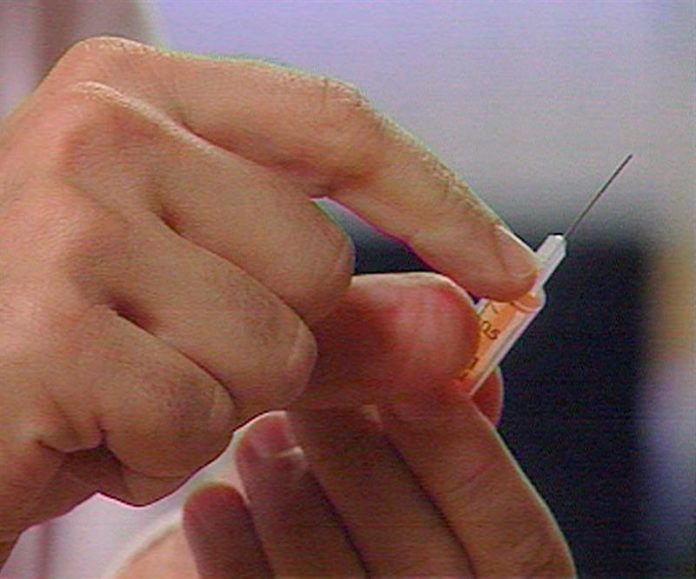 A vaccine to prevent any type of cancer in dogs will be put to the test by the Arizona State University (ASU) in at least 800 dogs, according to a research center today.

The new vaccine is named in English by Multi-Valent Frameshif Peptide or FSP and was developed by the director of the Center for Biodesign for Innovations in Medicine at ASU, Stephen Albert Johnston, who has worked on it in the last ten years along with its equipment.

“Our goal is and always will be to try to find a vaccine,” Johnston said in a press release about the formula that has already been tested on mice and proved to be safe, and now will be the largest test among canines nationwide.

Johnston’s team has discovered a high-impact form that identifies the antigens that are common among different types of cancer.

Cancer is the leading cause of death in dogs and that is why the research team is hoping that in the future the vaccine could be applied in humans.

Some species of dogs have a high percentage of up to 40% of suffering from some type of cancer in their lives.

The immune system of dogs responds to vaccines in a very similar way to humans, but the time in which a cancerous tumor develops in dogs is faster.

Johnston believes that they will be able to evaluate the effectiveness of the vaccine in the first five years after the test.

For the investigation, ASU obtained a fund of more than 6 million dollars from the non-profit organization Open Philanthropy Project.