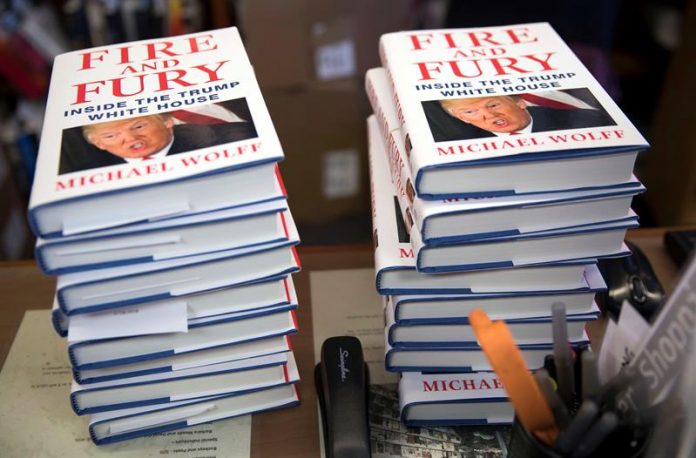 The controversial book on the election campaign and the presidency of Donald Trump went on sale today despite pressure from the White House, while the president continued his furious attacks against the author of the work, the media and his ex-adviser Steve Bannon.

Hours before the sale of the book, called “Fire and Fury” (“Fire and Fury”) and that sparked a tough dispute between Trump and Bannon this week, the president aired on Twitter’s social network his frustration with the publication of the work.

“(The book) is full of lies, misrepresentations and sources that do not exist,” Trump tweeted Thursday night, who hours later criticized the media for paying attention to the issue.

The president said he did not authorize “any access” to the White House to the author of the book, Michael Wolff and that “never” spoke with him for that text, and predicted that things will not go well either for that journalist or for “the sloppy “Bannon.

But the book became a publishing success even before it went on sale, with a huge demand on Amazon and in bookstores across the country, which in many cases sold out copies in a matter of minutes.

The responsible publisher, Henry Holt & Company, thus challenged the threat of Trump’s legal team, which had asked to stop the publication of the book on the grounds that it contained multiple defamatory statements about the president and his family.

The author of the book today defended his work in an interview on NBC News, which said he continues to support “absolutely” all the content of the work and ironically thanked Trump for giving him publicity.

“He’s not only helping me sell books, he’s showing that the conclusion of the book is true, it’s extraordinary that the president of the United States tries to stop publishing a book,” Wolff said.

The journalist, quite unknown in Washington until this week, says that during the first months of Trump in power had virtually unlimited access to a chaotic White House, where no one controlled his movements too much, and he was able to interview dozens of advisers to the president .

Wolff says in his book that Trump’s goal in the 2016 election campaign was not to become president, but to boost his brand; and that his advisers do not trust the president.

“Everyone says he’s like a child,” Wolff told NBC today.

“They say he’s an imbecile, an idiot, there’s a competition to get to the bottom of who this man is,” he added. “This man does not read, he does not listen, it’s like a pinball, turning everywhere.”

Asked about the president’s state of mind, Wolff responded with a quote from something that Bannon allegedly told him in one of his conversations: “He has lost (the head).” 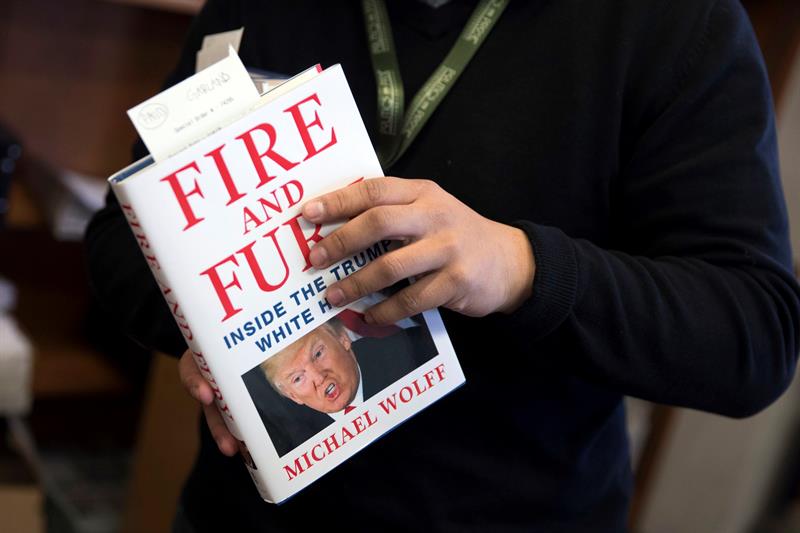 Wolff also claimed to have told the White House officials everything “necessary” to be able to access the sources that would provide information, something that can give ammunition to Trump’s team in an attempt to discredit him with the argument that gave false reasons to justify his visits to the West Wing.

Trump, meanwhile, continued his battle with Bannon, whom he accused Wednesday of having “lost his mind” for having described as “treacherous” and “unpatriotic” the decision of the son of President Donald Trump Jr. to meet in June 2016 in New York with the Russian lawyer Natalia Veselnitskaya.

“The Mercer family recently broke up with the filtering known as the Tinker Steve Bannon … Smart (decision)!”, Wrote Trump on his official Twitter account.

The president referred to the statement issued Thursday by Rebekah Mercer, a multi-million-dollar Republican donor and shareholder of the ultraconservative publication Breitbart News, of which Bannon is president, in which he assured that he was no longer financing him and did not support “his actions and recent statements. ”

That withdrawal of support is a blow to Bannon, who had prospered so far as an advocate of Trump’s populist agenda from outside the White House and has tried to contain the president’s wrath by assuring him this week that he considers him “a great man “and that” nothing will ever come between “them. (efeusa)