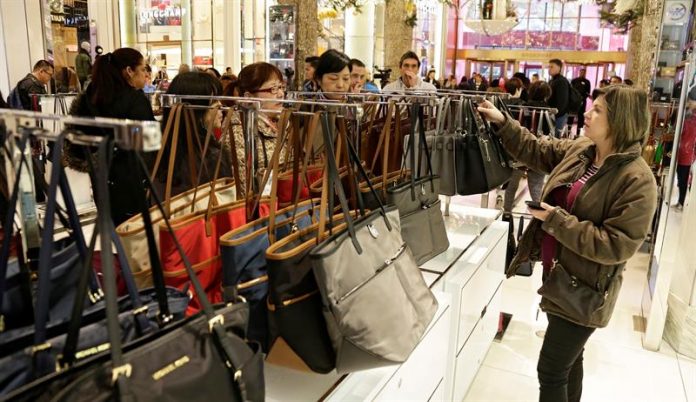 Macy’s department store chain today announced new details of its restructuring plan that include the dismissal of some 5,000 workers and the closure of eleven other stores.

The closing of the stores is part of a cost reduction plan announced in August 2016 and will affect this time four locations in California, two in Florida, and another five in the states of Indiana, Michigan, Ohio, Vermont and Idaho.

With these eleven shops closed, 81 are already affected by the cuts, which in the coming months will add another 19 as they are expiring their respective leases, as indicated by Macy’s in a statement.

The Cincinnati-based company also announced new personnel cuts as part of its reorganization process, which will affect some 5,000 workers, according to its spokesperson, Blair Rosenberg.

“The company is taking these painful measures with the intention of continuing to improve our organizational efficiency and distributing the resources to support our growth strategy,” he added.

Macy’s, which has long been in a difficult economic situation due to the stiff competition from electronic commerce, estimates that these cuts will result in annual savings of some 300 million dollars.

On the other hand, the department store chain announced that its sales during the last Christmas season, between November and December, grew by 1.1% compared to the same dates of the previous year.

Finally, Macy’s indicated that it expects to announce its annual financial results on February 27 and according to its latest forecasts it will conclude 2017 with a decline in its sales of between 2.4% and 2.7%.

After disclosing the latest changes, shares of Macy’s fell by 5.13% on the New York Stock Exchange (NYSE), where its shares have plummeted by more than 32% in the last twelve months.