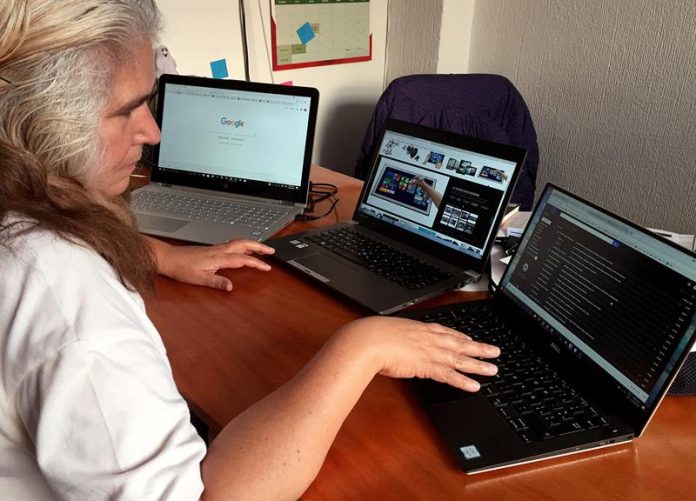 The national director of psychology at the University of the Valley of Mexico (UVM) said that spending many hours exposed to a digital resource “eliminates the possibility of the person walking, interacting, playing or moving and this is deteriorating the physical and cognitive of the human being “.

In any case, the expert clarified that both the manual and the digital generate certain competences, all of them with a concrete utility to solve problems.

“The problem comes when digital is about replacing situations of daily life that are what allow development in the human being,” he said.

For some people with insecurities and difficulty for personal relationships, technology allows them to express themselves with comfort, a strong reason to develop a dependence on the digital medium.

Technology implies “a change in interpersonal relationships” and for all those who have a problem face to face can alleviate it.

Many people need to communicate with each other “with a certain level of protection from their insecurities” and it is something that digital allows them to do.

“They can establish this communication without the presence of the other, which means that the levels of security are maintained since this protection is not eliminated by the digital,” he said.

In the opposite case, an extroverted person, with a tendency to exposure, also finds in the digital medium a way to cover their needs to communicate in an exacerbated manner, a behavior that perfectly illustrates social networks such as Instagram and Facebook.

In case of having an addiction to technology, the operation is basically the same as that of any addiction, based on “the momentary acquisition of a state of pleasure that avoids situations of extreme suffering”.

“When the crisis of anxiety occurs in the absence of the addictive object is because at that time we do not have immediate satisfaction and makes us unconsciously assume that we are dying,” he explained.

In the case of human relations “that pleasure that could be obtained as a result of physical interaction with a person is achieved through a social network.”

One of the dangers, according to the expert, is the tendency to individualism, something that “very significantly harms the development processes of the human being” and that sometimes can find in the digital a cunning ally.

“If a person tries to avoid having conflicts from his logic with other people he will get into himself and something that helps him a lot in that position are digital resources,” he said.

The human being has from his birth a psychobiological need to be together with other human beings for a matter of dependence that leads him to develop cognitive abilities.

“What enhances the possibilities of development of the human being is not the individual, but the social,” said the specialist.

In any case, the process of trying to avoid interaction with the other is not the consequence of a healthy regular development, but of a series of psychological complications often attributed to childhood that make it incapable of interacting with others.

This makes certain people “deny this reality and look for alternatives”, as is the case of digital interaction.