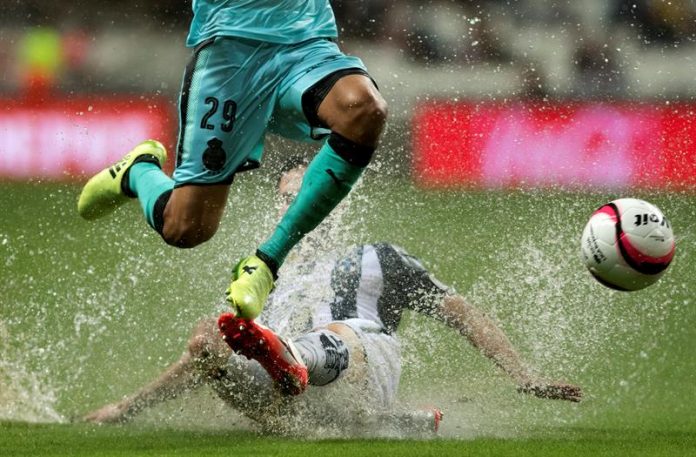 Paraguayan striker Cris Martinez said today that he is coming to contribute a grain of sand to the cause of Santos Laguna Mexico, a team that signed him temporarily for the Clausura 2018 tournament.

“I hope I can contribute a grain of sand to the team, get to know my teammates, that the team is well and get something important,” said the Chilean naturalized attacker in his presentation to the media in Torreón, northern Mexico.

Martinez, 25, made his debut as a professional in 2009 with the National of his country and two years later emigrated to San Luis de Quillota of Chile, wore the shirt of the Swedish FK Lidköpings and returned to Quillota, where he went to the University of Sports of Peru, again to Quillota, with which he was the leading scorer of the Chilean First B Opening in 2013 and from there he jumped into Temuco.

“I’m happy, yesterday I arrived and they showed me the training camps and facilities, the truth is that they are first class,” said the 25-year-old.

The Uruguayan coach Robert Siboldi welcomed the South American and expressed joy to be able to count on his football for a tournament in which Santos will seek to be a protagonist.

“You come to a Club and a competitive team that has a lot of history, the success of you is going to be the success of the whole team and of all of us,” Siboldi assured Martínez.

Veloz, with power and good aerial game, the new player trusts to be protagonist in Santos, one of the best performance teams in Mexico so far this century, with four of its five championships between 2001 and 2015, but in the Last Apertura finished in the fourteenth place of the classification and was excluded from the group of the best eight.

In the Clausura that will start tomorrow, Santos will debut on Sunday, January 7, as a local against Lobos Buap. efe