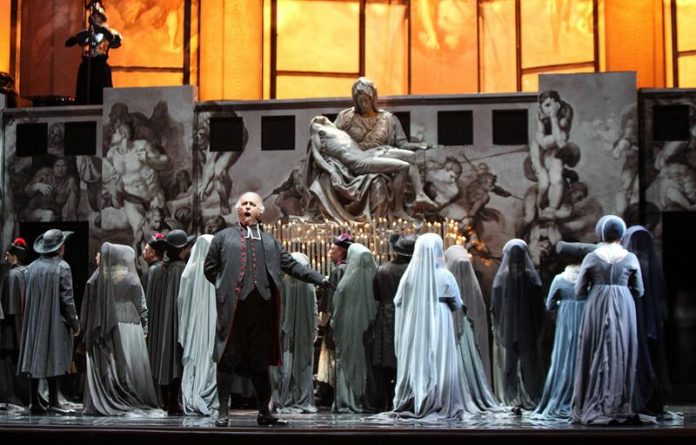 The New York Metropolitan Opera will premiere at the end of the year the most majestic production of its history, “Tosca”, which will have an opulent staging and which managed to overcome several mishaps during its preparation.

According to The New York Times, the company saw how, after a series of “unfortunate events”, the performers that gave life to four characters in the play, an unlikely event in the world of opera, where they usually hire the actors five years in advance.

The Met, as it is known to the Metropolitan Opera, solved the ballot by betting on two important emerging figures, the soprano Sonya Yoncheva and the tenor Vittorio Grigolo, who will perform their respective roles in Puccini’s opera for the first time.

However, the worst setback came this month, when the Met’s musical director, James Levine, was forced to resign from the position he had held for forty years after a man accused him of sexually abusing him when he was still less.

“Tosca”, by Giacomo Puccini, premiered in 1900 in Rome, the same city where it is set, and combines love, intrigue and violence, elements that have enhanced other works, such as “Madama Butterfly”.

One of its strengths, the scenery, has been preparing for a year. Majestic frescoes, carefully-crafted sculptures and costumes of the period will take viewers to 19th-century Rome.

Although the tickets for December 31 are practically sold out, you can enjoy the opera until next May 12.