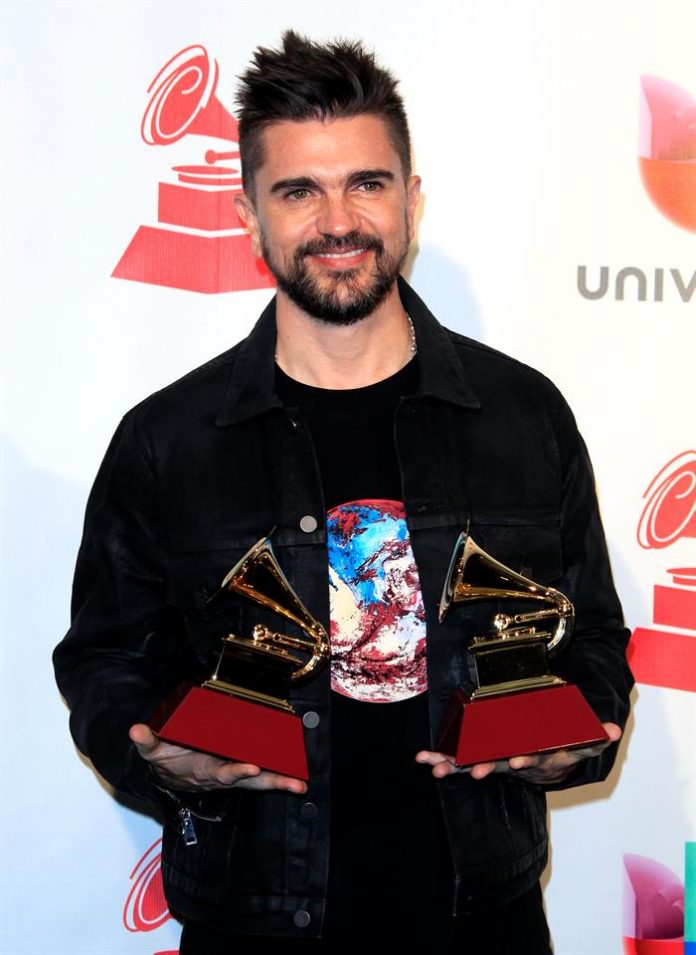 The Colombian singer Juanes wants to convey the “chemistry” he has with the Chilean artist Mon Laferte, who led them to win a Latin Grammy together last November, to the public of the 16 concerts of their joint tour of 2018 by the United States and Canada.

In a telephone interview with Efe, Juanes said today that she and the Chilean are “very good friends” since they met two years ago and that she “inspires” him, which will make this tour “something very special”
“She’s a tremendous artist and I admire her a lot and I think it was a good opportunity to get together on this tour,” she said of her chance to act with a Mon Laferte who, in her opinion, is enjoying a great “moment.”

He considered that this type of joint concerts and the rise of festivals are an ideal opportunity because they offer several music options in the same night and an excellent option to approach new styles.

“It’s an opportunity for my audience to get to know the music of Mon Laferte and the public of Mon get to know mine, we all benefit from everyone,” he explained about a tour whose tickets go on sale today.

The “Amarte Tour” tour, which will start on April 20 in Orlando (Florida) and conclude on May 20, 2018 in Temecula (California), will feature Mexican singer-songwriter Caloncho as guest special artist.

On April 21 will be presented in Miami, April 28 in Boston, May 1 in Chicago, May 9 in El Paso (Texas) and May 19 in Las Vegas, where there will be “Amárrame”, its duet that won the Latin Grammy for best alternative song.

It will be a total of 16 cities, including the Canadian Toronto, where Juanes and Laferte will act on April 29.

The tour takes the name of the latest work of the Colombian artist, the visual album “My plans are to love you”, concept and “experience” aesthetic and sound that wants to take to these concerts.

In his performances in the United States, said Juanes, there is a significant presence of Anglo-Saxon audiences, which shows an interest in “culture and music in Spanish” in this country.

And that audience will arrive next Monday when the one from Antioquia is presented for the first time in the popular night program of the CBS network, “The Late Show with Stephen Colbert”.

It will also be the first time that this program has a performance in Spanish, which for Juanes is a pride and a demonstration of the “democratization” of music.

He also said that it allows him to “communicate with other audiences”, broader and with a mostly Anglo-Saxon audience.

The singer is not new in this type of programs because he appeared twice in the well-known program of retired Jay Leno and once with Jimmy Fallon.

These programs, he said, give him “incredible visibility” which is then translated “immediately” into sales or the reproduction of his songs on the internet.