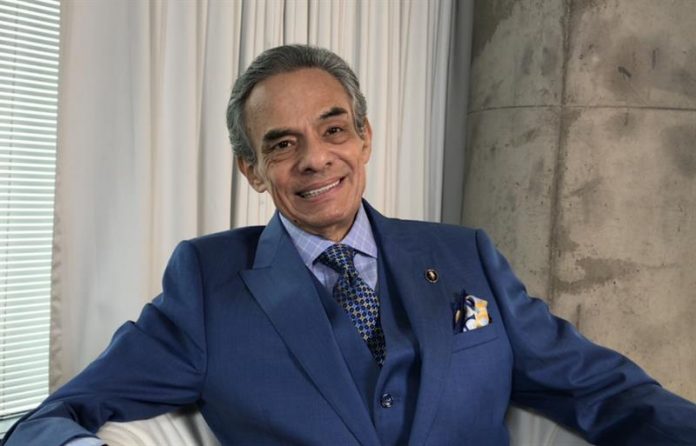 The Mexican singer José José, recently recovered from a pancreatic cancer, says he decided to tell his life openly in a series of biographical television to educate about the devastating effect of alcohol consumption that caused the death of his father and his first representative.

In an interview with Efe, the so-called “prince of the song” says that the main reason to open to the writers of the series was the possibility of showing “all the experiences” of his life in order to “prevent young people about the effects of alcohol and drugs. ”

The series, which still has no release date, has been produced in Mexico by the Telemundo network under its direct supervision.

“They have been faithful to my stories,” says the singer, who acknowledges that it has been a bittersweet drink, because his “life, like everyone’s, has not been a path of roses.”

But he says that if some young person learns the lesson and moves away from alcohol and drugs, he takes for granted the pain that some memories have caused him.

“Things have changed a lot and it worries me, in my time we did not know that this was mortal, now they know it and they continue to do it to experiment,” he laments.

His best memory, “the birth of his children.” The worst was not being diagnosed this year with cancer or the betrayals he says he suffered during his career, but the death of his first representative, Raúl Ortiz.

“We did not know he was sick with alcoholism, there were no alcoholics,” said the 69-year-old. “My father would have been saved, I saved myself because I knew anonymous alcoholics, but I forced him (Ortiz) to drink again so he could celebrate with me.”

“I killed him,” he says, still saddened by the death of his representative in a car accident in the 1970s in Mexico.

The musician assured with laughter that De la Madrid impressed him with his characterization. “He even walks crooked like me,” he said. However, he revealed that they did not spend much time together and that the actor relied mainly on videos.

The greatest impact was given by the amount of detail he saw on the recording set when he recreated the moment when he won the OTI festival in March 1970 with the interpretation of his most iconic song, “El Triste”. “Even the glass of water was the same,” he says.

He has also enjoyed the presence of Itatí Cantoral and his children in the project: “My family and the Cantoral have always been very close”.

It was just Roberto Cantoral, the father of the actress, who wrote for José José “El Triste” and “Regálame tonight”, as well as other great hits of romantic music in Spanish as the boleros “El reloj” and “La barca” .

The singer, whose representatives affirmed last November that he had successfully overcome his treatment and surgery against pancreatic cancer, looks with encouragement and strength to return in the coming months to the stages to “give massive shows.”

And will remain faithful to romantic music, which ruled out that it can go out of style, despite the rise of urban rhythms.

“Now is the reggaeton, before it was salsa, the music to dance is fashion, romance is always going to be there,” he says categorically.

He also emphasizes that during the treatment against cancer, in which he combined traditional medicine with oriental medicine, he never stopped working.

“My doctor, a Korean, helped me not to feel the typical side effects of cancer therapies,” he says.

It was also that doctor who taught him to see cancer as something positive: “I learned, after so many years, to value what I have every moment, not what will happen in a while, or tomorrow, or what happened. What I have now, because you never know when it’s going to end. “