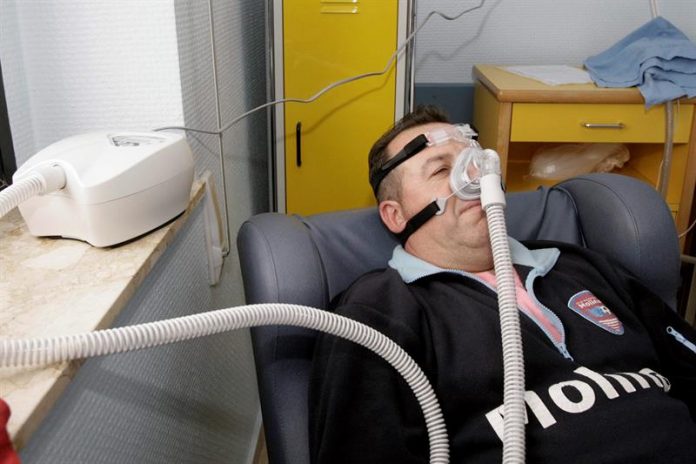 Sleep apnea is a disorder that can lead to high blood pressure, lack of oxygenation in the blood, digestive problems, vascular and even heart attacks, and affects mostly men, said today Alejandra Carolina Moncada pulmonary.

“Sleep apnea is the interruption of breathing while you are asleep and affects mainly the health of overweight or obese people, who are the most likely to suffer from it,” said the expert from the Mexican Social Security Institute (IMSS).

The World Health Organization (WHO) estimates that this problem affects approximately 3% of the population, while in Mexico about 40 million people suffer from sleep disorders, with insomnia and sleep apnea being the most frequent.

According to data from the 2016 Mid-Way National Health and Nutrition Survey, at least 27.8% of the population is at high risk of developing obstructive sleep apnea syndrome.

Therefore, Moncada asked to detect this problem in a timely manner, because irregular breathing causes neuropsychiatric and cardiorespiratory difficulties.

Among the main symptoms are snoring, which causes discomfort to the affected and those who are close to him, and wake up with a feeling of choking or tachycardia, he said.

“During the night you can repeat several episodes, accompanied by loud snoring and unusual muscle movements, very strong shivering, sweating and repeated urges to urinate, which leads to a heart that never rests,” he said.

Moncada said that the affectations are not only physical, but that, by not resting properly, it is possible that problems arise in the daily tasks.

“The person falls asleep at any place and time, have a feeling of heaviness, irritability, lack of concentration, memory alterations and lack of sexual appetite,” he said.

Not only people who are overweight or obese are prone to suffer from this condition, but also people of advanced age, with menopause, hypothyroidism and those who abuse sedatives, tobacco and alcohol, he explained.

To prevent or control apnea, the pulmonologist recommended losing weight, managing a sleep hygiene that consists of sleeping at the same time, dine lightly and at least two hours before going to bed, as well as quitting smoking and adopting a food and nutrition plan. physical activity.