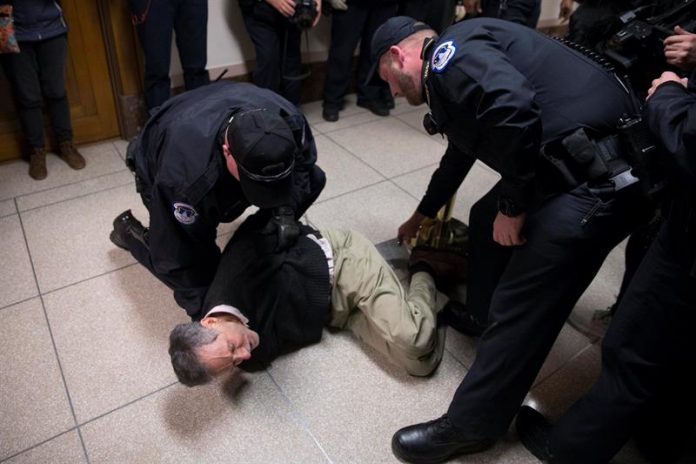 The description of four classes of thieves devised by a criminologist at the University of South Florida (USF) has helped to increase the number of cases of theft resolved in several cities of the United States by up to 300%.

The expert in criminal psychology and former special agent of the FBI (federal investigation police) Bryanna Fox told Efe that created those profiles to “limit” the possible suspects and help identify other “new” that may not have been considered by the police departments.

Considering that theft is the most common crime in the United States, with around 2.5 million cases per year, Fox classified the thieves depending on their personality, behavior and other characteristics.

Based on statistics and the idea that the way a robbery is committed is related to the type of person behind the crime, Fox divided the thieves into organized, disorganized, interpersonal and opportunistic.

The “organized” is male, 30 to 50 years of age, usually a repeat offender, has a full-time job and often meets potential victims at work. As a “professional” thief, his crimes are mostly premeditated and brings to the scene tools.

The “disorganized” is usually a young man, operates spontaneously often due to a drug addiction, regularly focuses on easy pawn items (cell phones, jewelry …) to make a quick profit.

You can break a window to enter, leaving evidence. This group tends to be well known to the authorities for committing other crimes.

Meanwhile, the “interpersonal” knows the victim and can steal something personal, such as female underwear or nothing at all (only the intention is already classified as theft).

It can steal to show control and instill fear, possibly to an ex-partner or a person of great interest to the offender.

And the “opportunist” is an amateur, often a juvenile delinquent, and takes advantage when he finds a door, a window or a garage open or unlocked.

Fox, assistant professor of criminology, explained that the “vast majority” of US law enforcement agencies lack profiles to prioritize and analyze potential suspects of theft.

Only 12% of these crimes in the country result in arrests.

Typically, detectives look for evidence or known thieves in the area to call them for questioning, but in “few” cases the result is an arrest.

This led her to create with a team from the University of South Florida, in Tampa, on the west coast of the state, the new method, which “allows the police to identify the type of theft that took place (from one of the four categories) and then identify offenders who commit such crimes. ”

Fox has trained the law enforcement agencies in the cities of Daytona Beach, Winter Haven and Clearwater (Florida), Duluth (Minnesota) and Cheektowaga (New York), as well as the Sheriffs of Floridian County of Pasco.

In those jurisdictions resolved cases increased between 75% and 300%, he said.

Her work in criminal psychology, which also represents savings for police departments in research, led her to win an award from the American Criminology Society this year.

Fox, who has a Ph.D. in criminal psychology from the University of Cambridge (United Kingdom), and his team have also received the Award for Excellence in the Application of the Law from the International Association of Chiefs of Police (IACP). .

“I was always interested in why people were bad, trying to figure out what would make someone do this and how we can prevent people from doing it,” Fox said after the acknowledgment.