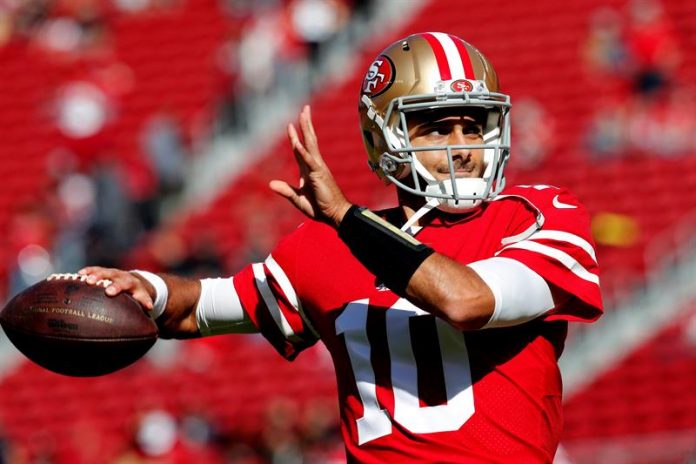 Quarterback Jimmy Garoppolo threw 334 yards, a personal record, and a score, for the San Francisco 49ers, who beat the Houston Texans 16-26.

The 49ers improved their record to 3-10 with their second consecutive win, under the direction of Garappolo.

The quarterback showed that it could be the answer for the 49ers, getting 20 of 33 passes for 334 yards with a touchdown send and an intercepted shipment.

Acquired from the New England Patriots before the trade deadline, Garoppolo led the 49ers to his second straight win after making his debut last week, when he defeated the Chicago Bears 15-14.