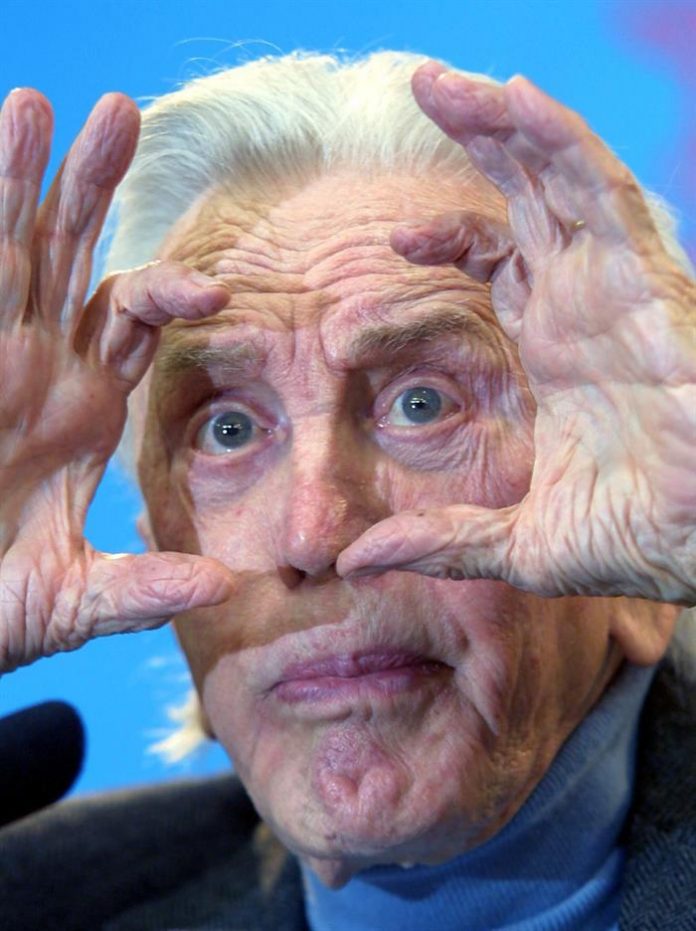 Kirk Douglas, the last great male icon of Hollywood’s golden age, turns 101 today without much glory but surrounded by his loved ones and having recently met Judi Dench, who received the award named after the actor in the Santa Bárbara Film Festival.

Douglas and Dench, Hollywood royalty, met at the interpreter’s residence in Los Angeles a day before the British lady received the award for excellence in her career on November 30 in Santa Barbara, according to People magazine.

“I will never forget this moment,” the actress acknowledged. “He is a legend in our family,” added Dench, who shares Douglas’ date of birth, although his case today reaches 83 years.

Douglas, along with the also centennial Olivia de Havilland, is part of the select and scarce group of stars of the classic Hollywood era still alive.

In November he was seen at a ceremony where his daughter-in-law, Catherine Zeta Jones, received the Anne Douglas Award (wife of Kirk) given by the Mission of Los Angeles, but there are few occasions when the actor attends public events.

However, in April, Douglas was honest in an interview with the newspaper USA Today, accompanied by Anne, his wife for 63 years, whom he defined as the “most complicated” woman he had ever known.

“I was a big movie star, I invited her to dinner and she said no, thank you but she was tired,” recalled Douglas, who met his wife on the set of “Act of Love,” when she was a publicist. in the film.

“Since there was no romance in sight, I stopped trying to impress her, instead I stopped talking to myself and began to listen to her,” Douglas detailed in the book “Kirk and Anne: Letters of Love, Laughter, and Lifetime. in Hollywood “, by Running Press.

At 101 years of age, Douglas manages the iPad that Anne gave him for his centenary and there is no day that he forgives a little drink of alcohol.

“Every night we have what we call ‘the magic hour’ and then we have dinner, during which time everyone drinks something and we talk about what we have done during the day,” Anne told the newspaper. (efeusa)