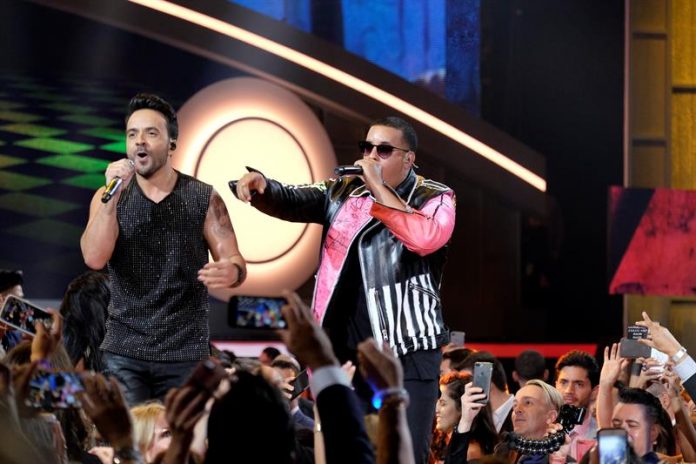 Seven of the 10 most watched video clips in 2017 on YouTube belong to Latin artists, of which the most popular is “Despacito”, the success that Puerto Ricans Luis Fonsi and Daddy Yankee made the most watched in the history of this platform, reported today the company.

Six of the ten songs are also in Spanish, a fact that confirms the rise of Latin music internationally, thanks to the pull of “Despacito” and urban rhythms.

In addition to Fonsi, the Colombian J Balvin is placed in third position with the song “My people”, which reached one billion views in just 103 days, the fourth fastest video to reach that level in the history of the platform.

The theme of J Balvin and the French Willy William appears behind Ed Sheeran, second, and ahead of his compatriot Maluma, with “Happy the 4”, one of the four videos of the country that already exceeded the barrier of one billion of views on YouTube, including his two collaborations with Shakira and Ricky Martin.

In the fifth place appears the singer of Puerto Rican origin Bruno Mars, whose real name is Peter Gene Hernandez and who appears in this select classification with the videoclip of “That’s What I Like”.

This list of the ten most watched music videos in 2017 is also composed by the song “Ahora dice”, by the Puerto Rican Chris Jeday along with J Balvin, Ozuna and Arcángel.

This Latin quartet is followed in the seventh place by the American singer of Dominican and Puerto Rican origin, Nicky Jam, for his song “El amante”.

This is the second consecutive occasion that Nicky Jam appears on this list, after he did it in 2016 with “Hasta el amanecer”, the only song in Spanish of the last edition of this classification.

The list closes the Spanish Enrique Iglesias, whose subject “Súbeme la radio” is the tenth most watched video this year on YouTube, where the singer from Madrid has the second most watched Spanish song in the history of this popular platform, “Dancing” , with 2,400 million reproductions.

The first one is “Despacito”, which achieved this year the historical mark of being the most visualized video in the history of YouTube in just 204 days, and it was the first video to reach 3,000 million views.