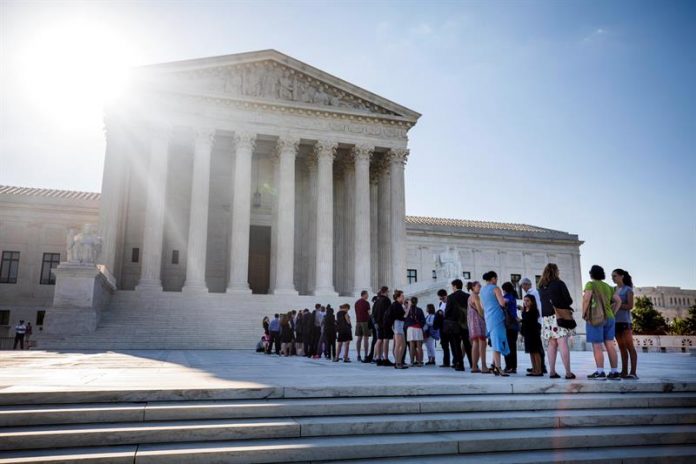 The Supreme Court of the United States today allowed the full entry into force of the migration ban proclaimed by President Donald Trump, to ban the entry of citizens of six countries with Muslim majority (Chad, Iran, Libya, Somalia, Syria and Yemen) into the country.

In a brief court order, the Supreme Court approved a government request for the removal of restrictions imposed by courts inferior to the latest version of the migration veto proclaimed on September 24.

At the time of its entry into force, on October 18, two judges – first one from Hawaii and then one from Maryland – blocked the implementation of that veto on the grounds that it could be directed against a religious minority and, therefore, violate the First Amendment of the Constitution, which protects the freedom of worship.

However, these judges allowed the entry into force of that veto for North Korea and Venezuela, countries where very few Muslims live and where, therefore, it could not be proven that Trump sought to discriminate against members of that religion, the argument used to the other six nations.

The restrictions regarding Venezuela do not apply to the entire population, but to some officials and their “immediate family.”

The Supreme Court did not disclose the reasons that led to its decision today, but said it expects the lower courts to review as soon as possible the issues that are pending so that there may be a final decision at the federal level.

Progressive judges Ruth Bader Ginsburg and Sonia Sotomayor were partially in disagreement with the court’s decision.

A spokesman for the White House, Hogan Gidley, said the government “is not surprised” by the decision adopted by the Supreme Court as they consider the veto to be “legal” and “basic to protect” the country from the risks of terrorism.

“We will present a more complete defense of the veto as pending cases make their way through the courts,” he added.

The Department of Homeland Security (DHS), for its part, on which the control of airports depends, was “pleased” by the decision of the Supreme Court.

“The government’s common-sense travel restrictions to countries that do not meet basic security standards and do not share information with us about terrorists and criminals are designed to defend the nation,” said DHS spokesman Tyler Houlton. .

Since he came to power on January 20, Trump has tried on three occasions to implement a migratory veto, whose first version was proclaimed on the 27th of that month.

After a great chaos in the airports and numerous judicial setbacks, Trump proclaimed in March his second initiative against refugees and countries of Muslim majority, that entered into force in March and that was replaced by that third veto, proclaimed in September and that today will begin to be applied completely.