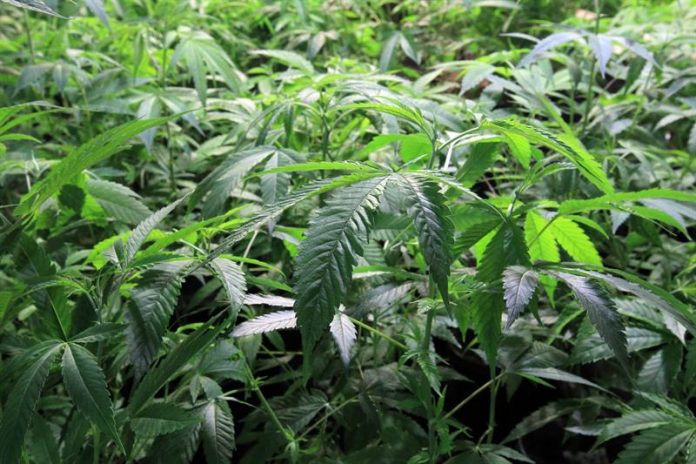 The legalization of the use of marijuana for medicinal and recreational purposes detonated a greater consumption in the children’s sector, acknowledged today the assistant undersecretary of State of the Office of Counternarcotics and Law Enforcement Affairs of the United States, James Walsh.

“Now we have more children smoking marijuana,” he said.
In an interview with Efe in the framework of his participation in the Third International Workshop of the International Society of Professionals of the Prevention and Treatment of Substance Use (ISSUP), in Cancun (Mexico), Walsh pointed out that at the federal level the consumption of Marijuana is still illegal in the United States.

As he explained, in several studies that have been conducted in states where marijuana consumption was legalized, the increase in the number of consumers could be demonstrated statistically, especially among the child population.

The therapeutic marijuana is legal in 38 of the 52 states of that country, between which they emphasize Oregon, Colorado, Washington and California. While in others like Maine, Nevada and Massachusetts the legalization of recreational marijuana is enlisted in 2018.

Walsh considered that the United States has positioned itself as a leader in prevention and treatment thanks to the work with multiple partners and the implementation of programs that are based on much experience gained.

The best way to address the problem, he said, is to reduce the main demand, which must be done based on evidence and the exchange of experiences.
The official stressed that meetings of experts such as the Third International Workshop of the ISSUP, which begins today in Cancun, allow us to predict what the next “epidemic” will be.

“There is another very important issue that is the adulterants in heroin, we already have fentanyl and carfentanil, which are very dangerous, during these days we will also be talking with laboratories to share information and be more proactive in order to predict what will be the next epidemic, “he said.

“Now we have the dark web, the dark internet networks where this information is shared and there are other chemical precursors and other adulterants that can be used and are more dangerous,” he added.

Walsh maintains that there is considerable progress in the fight against drug trafficking. “We have done a lot in terms of criminal justice, there have been many reforms, we are working hard in our borders and in programs to reduce drug consumption, we need to continue doing more because the importance lies in health. I’m here, “he said.

More than 2,500 health professionals from 65 countries participate in the meeting, which will take place until December 8.

Among the topics that will be addressed are those related to global experiences of science in practice, community coalition models for drug prevention, professionalization of the work force and creation of a global university system in addiction studies, among others.