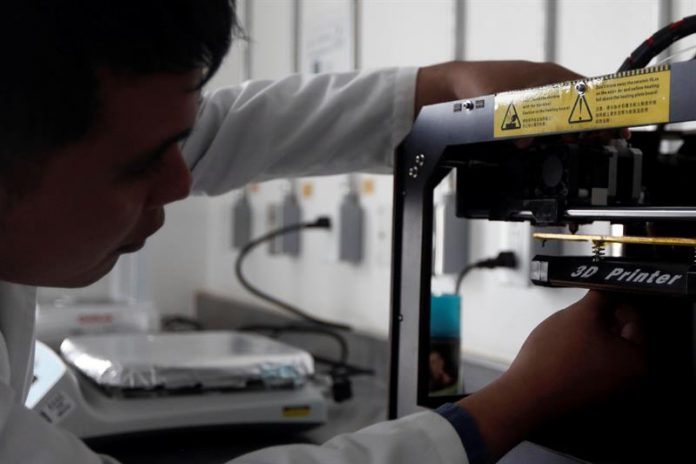 Researchers at the Federal Polytechnic School (ETH) in Zurich (Switzerland) have developed an ink with bacteria to use in 3D prints and create biochemical structures, according to a study published today by the American magazine Science Advances.

Led by Professor Andre Studart, head of the ETH Complex Materials Laboratory, researchers have created this ink with hydrogels to which the bacteria are introduced in the desired proportion, depending on the purpose of the impression.

Scientists have called the ink “flink”, a variation of the word “ink” (ink in English) that according to them means “functional living ink”.

This material, the “flink”, differs from others used more commonly in 3-D prints such as plastic or metal because these are inert matter.

The authors have not yet studied the time that bacteria live once the structure is created, but “assume” that “they can survive for a long time” because these microorganisms need very few resources, explained Patrick Rühs, one of the researchers.

Scientists believe that the structures created with their ink can have medical and biotechnological uses.

It can also serve as a detector of toxins in water or as filters in oil spills.