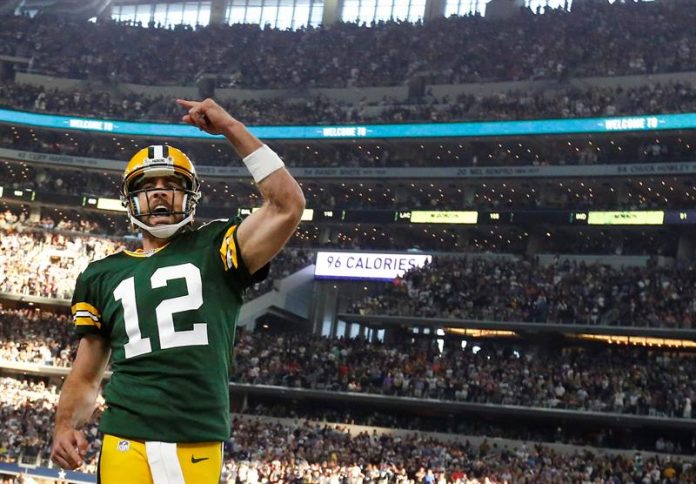 The wait came to an end for Green Bay Packers star quarterback Aaron Rodgers, who plans to return to practice tomorrow, Saturday, for the first time after being dropped after suffering a broken right clavicle. .

Rodgers return after 45 days of being out of the competition and although it was scheduled for today, Packers coach Mike McCarthy uses the day for recovery, treatment and meetings, prior to Sunday’s game.

While he uses Saturdays for the team to do a light workout.
Although Rodgers worked on his own and is expected to work on Saturday with the rest of the teammates to see how he reacts and be able to comply with plans to be back in front of the Packers attack on December 17.

With what the technicians and medical staff of the team have seen today, the Packers will determine Rodgers’ future work plans, which still has two weeks of official inactivity after being put on the list of injured on October 20, one day after having gone through the operating room.

Saturday’s training will be closed to the media, but the Packers have to notify the league if Rodgers participates and would appear in daily transactions because it would mean that the team would have used one of its two “designated to return” spots from the list. Reservations.

The Packers have already used one of their two spots with tackle Jason Spriggs.
On Sunday, the Packers (5-6) play against the Tampa Bay Buccaneers and then the Browns of Cleveland Browns next week.

They probably need to win both games to stay in contention for the playoffs until Rodgers can be ready when they meet, on December 17, the Carolina Panthers.

Rodgers made pitches on the field in Pittsburgh before Sunday’s game at Heinz Field, throwing the ball more than 50 yards on several shots.
It was the first time he released in public since a plaque and screws were implanted in his clavicle.

The impression within the team is that the evolution of the recovery of Rodgers is going very well and his launches are already close to normal, when the curve breaks somewhat corrected.