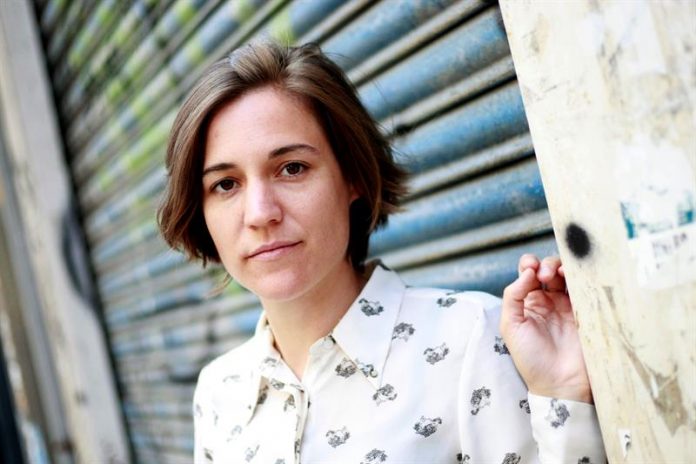 Without hiding her fascination and surprise at being in the race towards the Oscar, the director Carla Simón, director of “Verano 1993”, told Efe the “miracle” that her opera prima is the pre-candidate of Spain for the awards of the Hollywood Academy.

“It’s a miracle that everything is happening, it’s a very small movie and I thought I would be here talking about the Oscars in my life,” confessed Simon (Barcelona, ​​1986) during an interview in Beverly Hills (Los Angeles, USA) .

The filmmaker exposed the difficulties faced by a film to finally sneak into the great gala of the cinema and compete for the statuette for the best film in a foreign language, especially if it has pre-candidates like Michael Haneke (“Happy End”, Austria ) or Angelina Jolie (“First They Killed My Father”, Cambodia).

“Of course, when you see all that, you think: ‘If I was shooting the film four days ago …’ I see it very difficult, but, well, it’s still an adventure,” he said without losing his smile.

Simon’s first film, a delicate and moving film about childhood, absence and family, has caused a sensation wherever he has set foot when taking, for example, the awards for the best debut at the Berlinale or the Biznaga de Gold in Malaga.

“Summer 1993” will be released soon in the United States, but before Simon and his team will know first hand the huge machinery that moves around Hollywood and the Oscars.
The director pointed out that she was not aware of the “power of the word Oscar” and how it changes everything when her name, that of a new director, appears related to the most important recognitions of the big screen.

“It was something I had never aspired to in my life, it seemed like a very surreal experience, and when it was chosen (as a Spanish candidate) the box office suddenly approached how the premiere weekend works. I could believe it, people who do not know much about cinema do know the word Óscar, “he explained.

“Verano 1993” is one of the 92 feature films presented by countries around the world for the Oscars, from which a first selection of nine films will be released in mid-December.
Hundreds of academics choose six of these films, while a committee of the institution adds three more to the series.

Finally, the five finalist films will be announced on January 23, when all the candidacies for the Oscars are announced.
Simon admitted that in this process is very influential luck, for example at the time that your film falls in grace or not to a certain group of academics, and said that in Los Angeles has already participated in official projections of “Summer 1993” with members of the Academy.

California is not a completely new land for Simon either, since in 2008 he was an exchange student in Santa Barbara, a pleasant city facing the sea located about 150 kilometers west of Los Angeles.

Asked if she fantasizes about what it would be like to parade through the red carpet of the Dolby theater, Simon revealed that she is “very superstitious”.
“So, I do not imagine it, I have not taken a minute to think what it would be like to be there, if it happens, I’ll think about it, but if not, then like you create your illusions (…) I think it’s a way to handle expectations “, he said.

Simon is still perplexed about the phenomenon that surrounds “Summer 1993”, a film based on his own childhood, but he considered that maybe his “universal” themes have managed to connect with people all over the world.

“For me, a very important thing is the girls, who have that magnetism, when you see a movie with children that works and you think you give them a value,” he said.

Simón argued that to achieve the extreme intimacy and sensitivity that floats in each scene, the young actresses (Laia Artigas and Paula Robles) and the adults (Bruna Cusí and David Verdaguer) spent a lot of time together representing situations that happened before or after the narration of “Summer 1993”, as if they were playing.

Finally, the director said that she identifies herself without problems with Frida, the character that symbolizes her own life in the film: “During the editing, there was a moment when we showed the film in my house that said: ‘OK, now I think I feel what I felt when I was little. “And it was something very special.