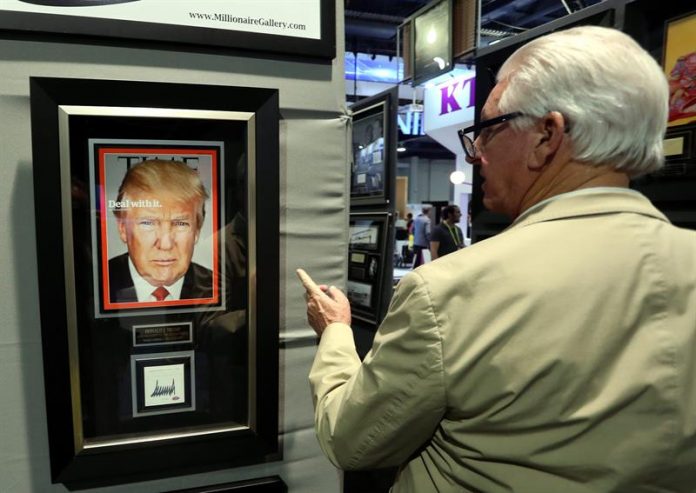 Time magazine said President Donald Trump is “wrong” about how he chooses his “person of the year,” after the president said he rejected that distinction when the publication told him he would “probably” be selected.

“Time magazine called me to say that I would LIKELY be named ‘Man of the Year’, like last year, but I had to agree to an interview and a big photo shoot, I said it’s probably not good and I passed in. Thanks anyway! “Trump said this Friday on his Twitter account.

The publication responded to the president a few hours later, also through Twitter.

“The president is wrong about how we chose the Person of the Year, Time does not comment on our choice until the publication, which is December 6,” the magazine said in a tweet.

Trump was elected “person of the year” by the magazine in December 2016.

“It’s a great honor, it means a lot to me,” the New York mogul said at the time.

The magazine granted that recognition to the then president-elect for his “revolution” against the ruling class and its growing influence in world events, after his unexpected victory in the November 2016 elections against the favorite, Democrat Hillary Clinton.

According to Time, Trump’s victory in the elections represented “a rebuke” to the “entrenched and arrogant” parties that have traditionally ruled the country and reflected the strong rise of populism throughout the world. (efeusa)