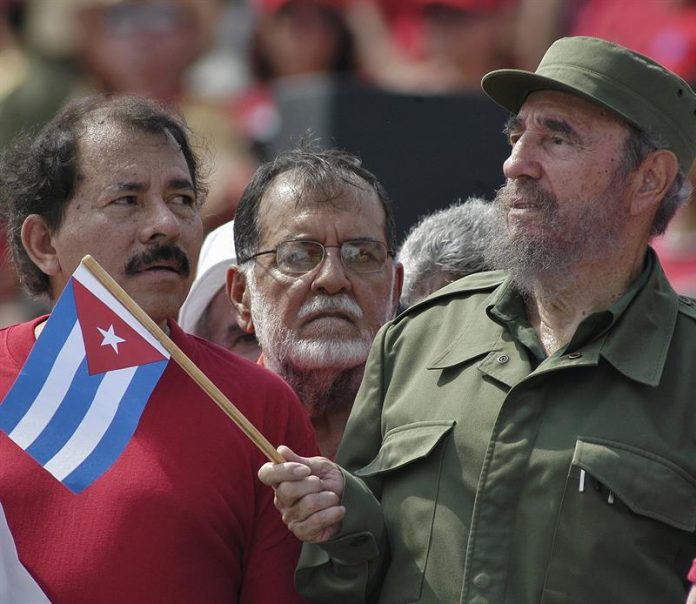 The president of Nicaragua, Daniel Ortega, commemorated today the first anniversary of the death of Cuban leader Fidel Castro.

He did it with a video about the leader of Cuba and a speech in which he touched on the usual themes of the history of international politics.

“On this first anniversary of the transit to the immortality of our beloved commander, Fidel Castro, we say, to the people of Fidel, Raúl, and Martí, that here in Nicaragua (…) here has been present in our struggles, and He continues to be, and Fidel lives here in Nicaragua, “said Ortega, in his speech.

The ceremony was attended by members of the diplomatic mission of Cuba in Nicaragua and supporters of the ruling Sandinista National Liberation Front (FSLN).

The ex-ruler of Cuba has been the subject of other tributes in Nicaragua after his death, which occurred exactly one year ago.

Nicaragua and Cuba have close diplomatic relations, their governments are close allies in international forums and currently integrate the Bolivarian Alliance for the peoples of our America (Alba), the Venezuelan Petrocaribe initiative and the Sao Paulo Forum. EFE