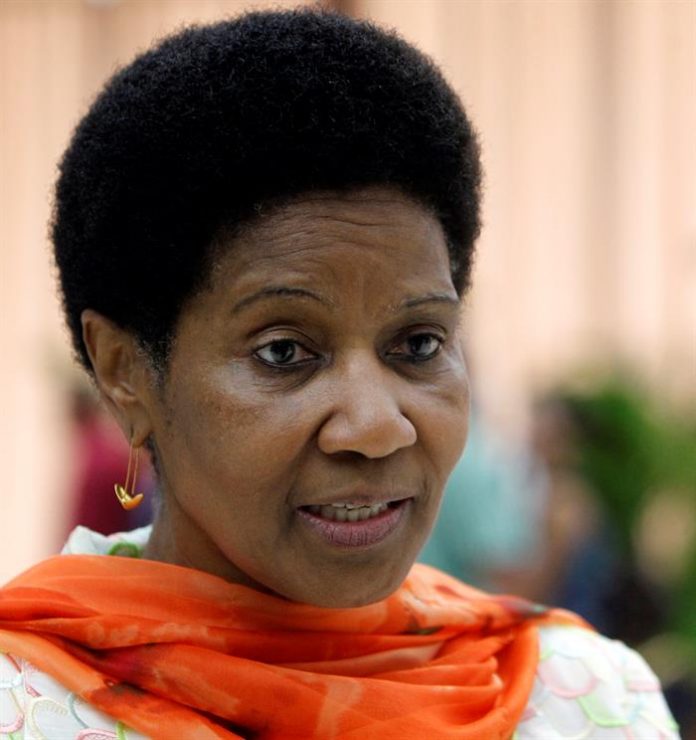 Increasing the number of women in positions of responsibility is essential to continue making progress in the fight against sexual harassment, warns the executive director of UN Women, Phumzile Mlambo-Ngcuka.

It does so on the eve of the International Day for the Elimination of Violence against Women, which this year comes amid an avalanche of complaints of harassment against public figures and with the victims making themselves heard under the slogan #MeToo (# YoTambién).

“We are certainly seeing some changes,” says Mlambo-Ngcuka in an interview with Efe.

The main one, he points out, is that more and more women are able to denounce despite the consequences to which they continue to expose themselves and that, even today, they tend to question their testimonies instead of believing them.

Women, moreover, have more expectations that society will react against the stalkers, he points out.

Beyond the value of the victims, Mlambo-Ngcuka draws a key conclusion from this change: the importance of the presence of women in high positions in both the public and private sectors.

“When you increase the number of women in positions of responsibility, you create the possibility that women know that there is a sympathetic ear at the highest levels,” he says.

In his opinion, with women sitting next to men on the boards of directors, it is much more difficult for complaints to “sweep under the carpet”.

“The more you are on top, the more women’s voices will be heard,” he insists.
On the other hand, Mlambo-Ngcuka considers it fundamental that those with influence ensure that those responsible for harassment and other sexual crimes face “consequences”, either denying them economic benefits, dismissing them or not supporting them.

“We have seen that in situations where there are no consequences for these behaviors that violate women, the behavior continues, they do it because they can do it,” he warns.

The head of UN Women believes that for now there has not been a “turning point” in which a sufficient number of men frontally reject the harassment and make it clear that they will not accept it.

“The fact that we have not reached the point of zero tolerance in society, that people are still willing to look the other way, is a problem,” he says.

Does that explain why someone like Donald Trump, accused by several women, can become president of the United States?

For Mlambo-Ngcuka, it is a consequence of the fact that society has not yet assumed the responsibility to act and show that zero tolerance to “unacceptable behaviors”.

“We are not there yet,” admits the former vice president of South Africa.

Asked if it will be the young people of today who will finally bring that change, Mlambo-Ngcuka responds that not necessarily. He explains that studies show that many teenagers believe that harassing women, including rape, are simply “something that men do”.

“And there are also girls who think it’s acceptable for men to treat them like that,” he insists.

In his opinion, education is key, as is “creating examples of what is acceptable and what is not.”

Mlambo-Ngcuka emphasizes that, in order to be successful, behavioral models have to be at home as well as in the public sphere, starting with leaders and people in positions of responsibility.

“That’s why they have that salary, it includes being a person who sets the bar high for the world, and I think we have not always demanded that of people in positions of authority,” he insists.

“We need a clear understanding in society, among men, that this behavior is not acceptable and that they do not have the right to treat women as if they were their property,” he stresses.