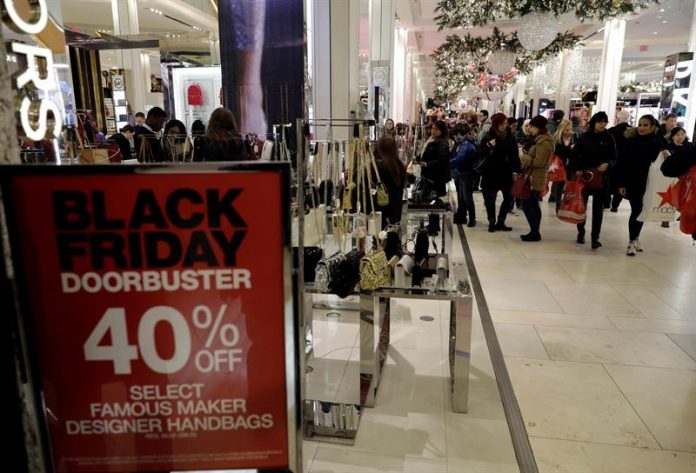 A well-known shopping center in the city of Hialeah, neighboring Miami, was evicted today, fearing that a shooting was going on inside it, although it was finally a false alarm, local media reported.

In the middle of Black Friday, the main shopping day of the year in the United States, the fire alarm caused panic scenes in the Westland Mall, according to customers who were there and who uploaded images to social networks.

In one of these videos you can see a group of people who, loaded with bags, run outside the mall, where many other customers had to remain locked until the local police confirmed that it was a false alarm.

Emergency medical officers arrived with the police, although they did not have to attend to anyone, local channel 10 said, indicating that the security of the mall reported that someone activated the fire alarm, which caused fear among the hundreds. of customers who made their purchases.

After verifying that it was a false alarm, the shopping center reopened an hour later and the activity of this day was resumed in which millions of people throughout the country take advantage of the discounts to carry out Christmas shopping.

The mayor of the city, Carlos Hernandez, explained to the “Miami Herald” that they even received calls to the emergency service in which he warned of “shooting” inside the shopping center.

After establishing a perimeter around the building, finally a group of agents entered the mall and found that there was no danger, said Hernandez.

This event occurred hours after panic scenes also occurred in London, when multiple shots were reported in the Oxford Circus subway station, although the police failed to find evidence about it or injured.

Hialeah is, according to the company of electronic means of payment WalletHub, the most Hispanic city and in which more Spanish is spoken throughout the United States, with a percentage of Latin inhabitants of 95.64%, mostly Cubans.