Rivers threw for 434 yards and three touchdowns in his first Thanksgiving game in 14 career seasons, and he also won the individual duel with young passer Dak Prescott.

The Chargers (5-6) were always superior to the lackluster Cowboys (5-6), who suffered the third consecutive loss and move away from the playoffs. 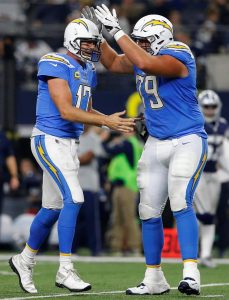 Cornerback Desmond King returned an interception 90 yards for the touchdown that served as a turning point in favor of the Chargers, who approached a game and a half from the leaders of the Western Division of the American Conference (AFC), the Kansas Chiefs. City

The Chargers, who started the season with a losing record of 0-4 have started playing their best football and have taken advantage of the downturn suffered by the Chiefs (6-4), who started with a 5-0 run and now have two consecutive defeats.

The defending NFC East champions, Cowboys (5-6), lost their third straight game by at least 20 points, all without star running back Ezekiel Elliott, in a slip that seriously affects their playoff hopes.

Dallas, which played in its Thanksgiving game, finally ended a 10-touchdown drought, a new record for the team, when late runner Rod Smith scored on a 2-yard run at the start of the fourth quarter. .

Wide receiver Keenan Allen set a career-high 172 yards on 11 touchdowns, giving him 23 receptions for 331 yards and three touchdowns in the last two games, which left him as the most outstanding player in the Chargers’ offense.

Rivers completed 27 of 33 pitches without an interception or was knocked down, leaving 149.1 the passer rating.

While Prescott completed 20 of 27 passes for 179 yards, without any scoring, he was intercepted by two balls, knocked down two more times 11 times and dropped to 60.6 the passer rating.

At the end of the game Prescott acknowledged that he had to have done better individual work in order to give the team the opportunity to fight for the win, something that never happened. 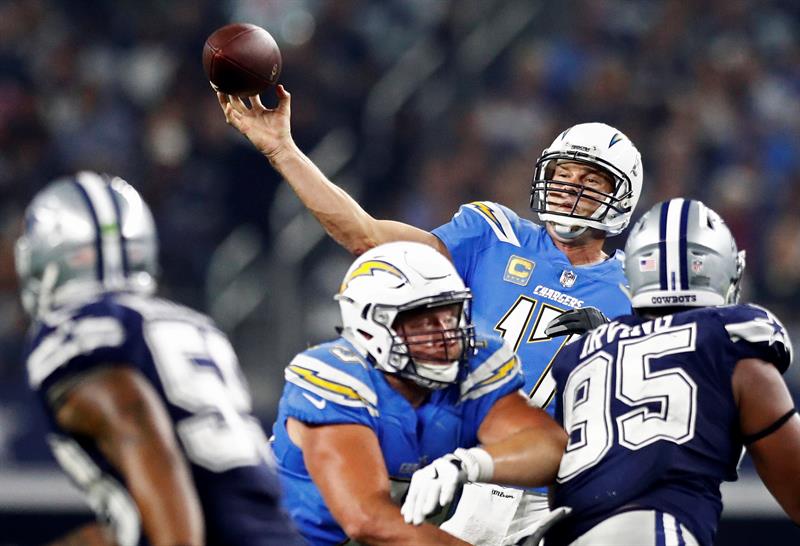 The OnlyFans subscription platform has decided to reverse the change in its policies that it had announced last week and will finally not ban...

The Puerto Rican singer-songwriter Luis Fonsi has decided to join the project "La Perla paints his future", which seeks to improve the appearance of...

Guillermo del Toro triumphs in the awards of the Directors’ Union

Mexican filmmaker Guillermo del Toro triumphed today at the Directors Guild Awards (DGA) by winning the award for best film direction thanks to "The...

The president of the Committee on Youth, Recreation and Sports of the Senate of Puerto Rico, Axel Roque, announced today that a joint hearing...

Tommy Hilfiger down from 27.5 to 23.5 million the price of mansion in Miami

The American designer Tommy Hilfiger and his wife Dee Hilfigier lowered from 27.5 million to 23.5 million dollars the sale price of his oceanfront...