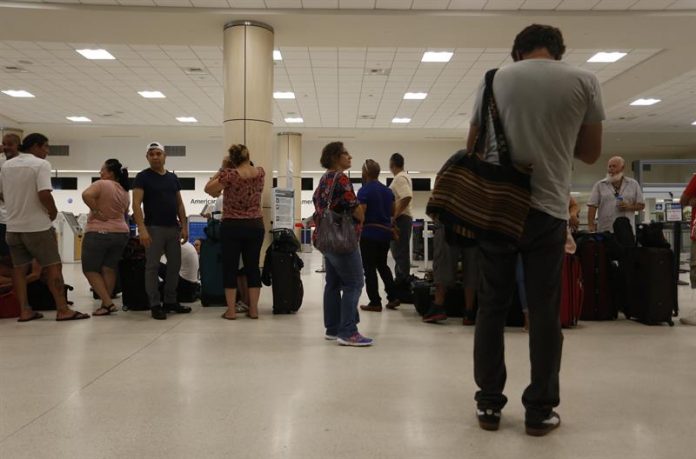 Maricarmen Mas Rodríguez, representative of the governing New Progressive Party (PNP), established a resolution that seeks to investigate the economic, social and demographic effects of the inhabitants of the western region of Puerto Rico who have emigrated to the United States. after the passage of Hurricane Maria.

According to Mas Rodríguez, in a press release, the most recent census of 2015 indicated that between 2006 and 2015, 534,000 Puerto Ricans emigrated to the US, but that the passage of Hurricane Maria “has had the effect of accelerate “said migratory process to almost 100,000 from September to mid-November.

The migration of Puerto Ricans to the United States is mainly due to the fact that many of the people lost their jobs because their work places were totally destroyed or because they need medical services due to the lack of electricity that exists in the hospitals of the island.

“The Chamber understands that it is necessary to study with seriousness, objectivity and meticulousness the social and economic repercussions of the mass migration that we are experiencing as a society, so that we can adopt a government plan that adapts to the new reality of the country,” said Mas Rodríguez .

He added that for the sake of facilitating the study, the specific and pertinent data related to the people who have left the island after Maria’s crossing should be obtained from the Demographic Registry.

The legislator also highlighted the immigration process due to the fact that Puerto Ricans have a US passport, so they do not have to ask for any permission to settle in any of the 50 states of the United States.

“For this reason, and due to the uncertainty that is experienced after the onslaught of Hurricane Maria, it is easy to understand the unprecedented population exodus that is occurring, but it is essential that we know exactly how many inhabitants we have lost and which it is the demographic profile that composes them, “said Mas Rodríguez.