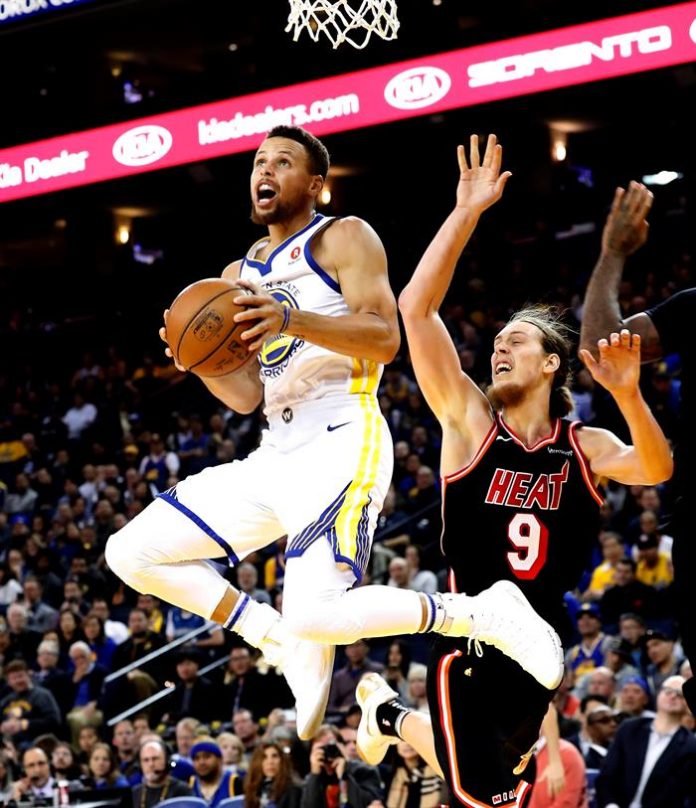 The absence by injury of star forward Kevin Durant was not an impediment for the Golden State Warriors, with the inspiration of baserunner Stephen Curry and guard Klay Thompson, to win at home to the Brooklyn Nets.

Curry made himself feel like leader of the equipment and contributed a double-double of 39 points, including 22 in the first half, 11 rebounds – 8 defensive ones -, distributed seven assists, recovered three balls, lost seven and had to leave the field by accumulation of six personal faults.

Before leaving the field with three minutes remaining, the Warriors were up with a 102-107 partial and that’s when the figure of the Thompson emerged, who took charge of scoring seven of the nine points won by the Warriors in the last 120 seconds of the regulation time that ensured the victory, the second consecutive.

Thompson, who finished the game with another double-double of 23 points, 10 rebounds, and recovered two balls, also captured a defensive ball with 26 seconds remaining, which allowed reserve baseman Shaun Livingston to score two shots from the line of personnel (109-116) that ended the hopes of comeback of the Nets.

Durant missed the game with a sprained left ankle and is doubtful for next Wednesday when the Warriors face his team of the Oklahoma City Thunder.

The position of holder of Durant was occupied by the Israeli forward Omri Casspi, who did a good work of equipment when contributing 12 points with eight bounces.

Reserve guard Andre Iguodala was again the sixth player of the Warriors, who contributed 12 points with five rebounds and three assists and completed the list of the four players of the Golden State team who had double-digit numbers.

The victory, the second consecutive, allowed the Warriors to put on a record of 13-4, the best of the Pacific Division, and tied with the Rockets of Houston, who had a rest day, in the leadership of the Western Conference.

The guard-forward Allen Crabbe scored 25 points and led the attack of the Nets (6-10), who occupy the last position of the Atlantic Division.

The base Spencer Dinwiddie got 21 points and 8 assists that left him as second highest scorer of the Nets, who had the absence of his franchise player the guard-forward D’Angelo Russell, low due to injury.

While the eaves, Rondae Hollis-Jefferson and DeMarre Carroll contributed double-doubles for the Nets.