The Cultural Institute of Mexico in Miami today inaugurated the exhibition “Four Abstractions, Globalization and Localism,” an intergenerational view of this current that is “fundamental part” of the artistic tradition of Latin America.

With works by Fernando de Szyszlo (Peru, 1925-2017), Juan Raúl Hoyos (Colombia, 1962), Emilia Sirrs (Mexico-USA, 1963), Carla Effa (Chile, 1988), the exhibition aims to offer through different generations the varied manifestations of abstraction in the region, which as an artistic language was linked to the project of modernity.

Unlike the neofiguration or expressionism, “the history of abstraction is closely linked to the reflection on the project of Latin American modernity,” the curator of the show, Dennys Matos, told Efe, for whom this current has “a fundamental role “in the artistic scenario of the 20th century region.

From a “broad historical tradition”, and after its firm steps in the mid-1950s, the boom in Latin American abstraction occurred between the late 1960s and the early 1970s, years in which the work of Peruvian artist De Szyszlo was already emerging in your country with an innovative proposal.

The Miami exhibition serves as a tribute to this artist, who died last month in Lima in a domestic accident and from whom the local gallery Durban Segnini made a sample in May that in the long run has become the last in the USA. dedicated to this artist, “alma mater” of the abstract in Latin America.

Composed of paintings, among which there are medium and large format, as well as engravings, sculptures and installations, the exhibition at the Cultural Institute of Mexico has as a subtitle “Globalization and localism”, which alludes to that “dilemma” of art in Latin America, Matos explained, of “how to be more cosmopolitan and at the same time local”.

On the one hand how to maintain the “local roots” without falling into folklore clichés, “a path that has already been overcome”, pointed out the curator, and on the other the universal rather than as an abstract category as something that has an identity. 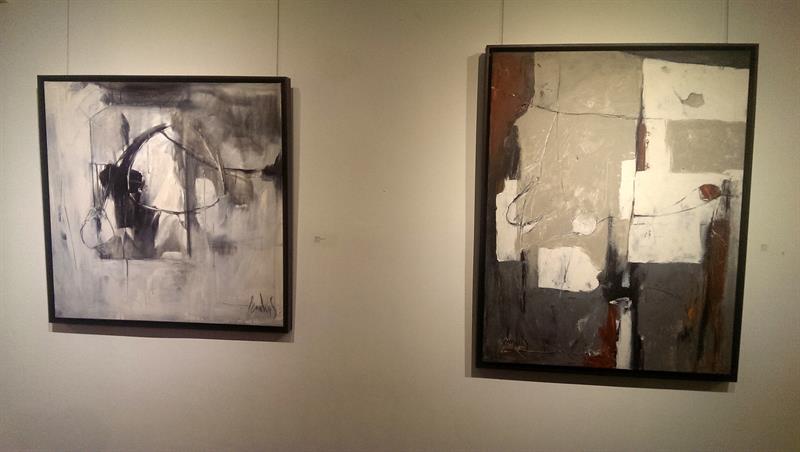 The exhibition offers an intergenerational view of the hand of these four artists, where in addition to the “lyrical” works of the Peruvian you can see works of a more “neo-expressionist” character by Emilia Sirrs, the pieces from “a neoconstructivist vision” of Hoyos, and the proposal “in geometric abstract key” of Effa, detailed the critic.

The exhibition, which will remain open to the public until January 26, will coincide with the contemporary art fair Art Basel Miami Beach, which will be held in this South Florida city from December 7 to 10.

“Four Abstractions, Globalization and Localism” is the result of a coordinated project between the four consulates in Miami of the countries that make up the socio-economic and cultural integration project that is the Pacific Alliance: Chile, Colombia, Mexico and Peru.

The elected president of Paraguay visits the Southern Command in Miami

Paraguayan President-elect Mario Abdo Benitez visited the headquarters of the US Southern Command in Miami-Dade County on Thursday, where he met with his commander,...

The designated Venezuelan hitter Salvador Perez traveled to the box of batting with great power and connected three home runs, in addition to towing...

Pablo Sáinz Villegas, the guitarist who wants to connect and humanize the world

Considered one of the great guitarists of the international scene, the Spaniard Pablo Sáinz Villegas, who is in New York to offer two concerts...

The president of the United States, Joe Biden, has argued with some Democrats during his trip to Atlanta this Friday about the growing wave...

Howard Schultz, the former president of Starbucks, announced today that he is thinking "seriously" about running for the US presidential election in 2020. as...