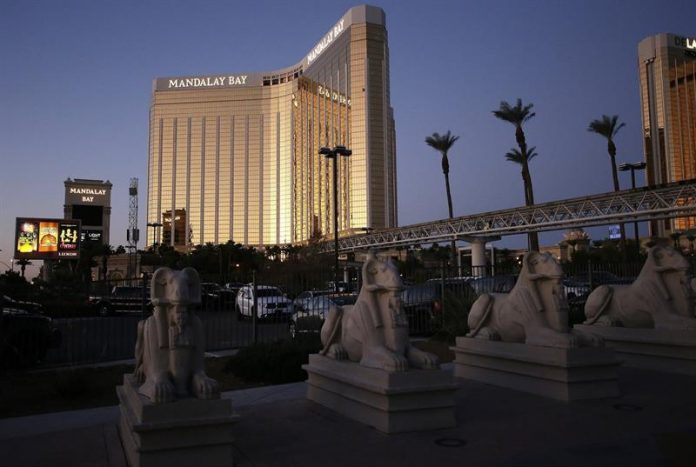 The installation of 800 steel poles to protect the entire Strip Las Vegas pedestrian walkway from attacks began today, beginning a first phase of a much larger project.

The southern part of the famous promenade, between Tropicana and Spring Mountain streets, was chosen for the start of the work, where the installation of the first bollards began this morning.

The security measure adopted after the incidents in which several people were deliberately overwhelmed in New York at the end of October, and in Barcelona last August, has been well received by locals and tourists.

“They may not look very pretty, or even some may think they are ugly, but there is not much more we can do,” Sandra Mejia, a Las Vegas resident, told Efe.

“After seeing what has happened in other cities, and what happened here a while ago, there are no more alternatives, I agree to install them to protect us all,” he added.

And is that the city of Las Vegas is not immune to this type of violent acts.
In December 2015, a woman intentionally drove her car through a pedestrian zone near the New York-New York and Planet Hollywood hotels, running over 37 people and killing one.

The bollards chosen by the local authorities are made of steel and, according to county officials, are made to withstand and block the impact of a vehicle of up to 15,000 pounds, traveling at 55 miles per hour.

At the beginning of June, the Clark County Commission officially approved the installation of these bollards that will even reach the famous Las Vegas welcome sign, which will cost approximately $ 5 million.

At the time, Commissioner Steve Sisolak said the project was a “life or death” issue.

The deadline to finish this first stage is New Year’s Eve, and with the arrival of 2018 will start the installation of another 7,500 poles in the officially known as Las Vegas Boulevard.

Following the terrorist attack on Las Ramblas in Barcelona, ​​where a van climbed the pedestrian promenade causing the death of 13 people and injuring more than 100, the city of Miami Beach placed “temporary concrete barriers” in Alton Road, Washington streets. Avenue and at the entrances to Lincoln Road, one of the most iconic and busy arteries of the spa on the southeast coast of Florida.