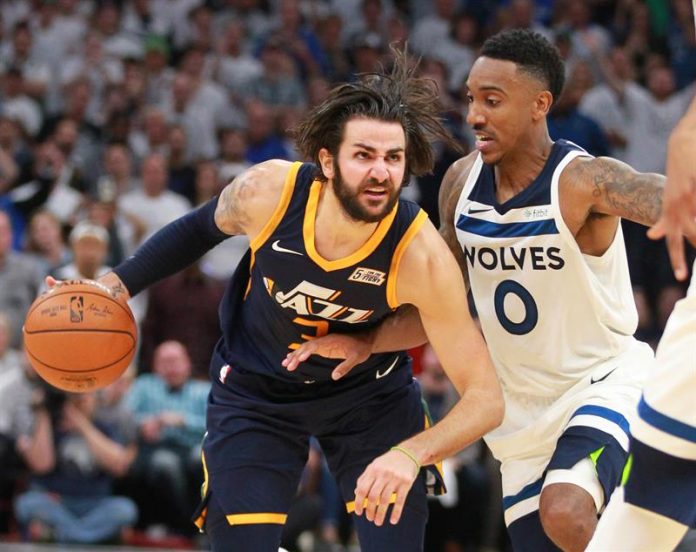 The winning run stayed one more day with the Minnesota Timberwolves that reached the four consecutive wins and the Golden State Warriors that got three wins in a row.

The center pivot Karl Anthony Towns led the attack with double-double of 31 points and 12 rebounds and the Timberwolves defeated 112-99 to the devalued Dallas Mavericks.

The Timberwolves (6-3), against an assist that occupied 87 percent of their field of the “Target Center”, with 16,837 people, improved their mark to 3-1 as a local team.

The Minnesota team got their first streak of four straight wins in almost five years.

The last time they won four consecutive games was from December 7 to 15, 2012.

Towns played 32 minutes, scored 11 of 18 field goals, including 2 of 5 triples, 7 of 8 from the personnel line, delivered two assists.

The Dominican responded when the Timberwolves needed him and scored seven points and had two rebounds during a 13-0 run at the end of the third quarter.

The Warriors (7-3), who share the best record with the Houston Rockets in the Western Conference, improved to 5-1 in games held outside of their field.
The Golden State team has won six of its last seven games, including three from a recently concluded tour.

The Warriors finished with 43 points in the third quarter, the highest score allowed by the Nuggets so far this season, and took a comfortable 103-76 lead in the fourth quarter.

The Nuggets (5-5) were led by reserve forward Will Barton, with 21 points.

The base Mike Conley scored 22 points and the Spanish center Marc Gasol another 21 that helped the Grizzlies of Memphis to win 103-113 visitors to the Los Angeles Clippers.

The Grizzlies (6-3), who scored 13 three-pointers, improved their mark to 2-1 in games played as visitors.

While the Grizzlies finished with 13 of 31 triples, the Clippers were 4 of 26 in that section.

Guard-forward reserve Tyreke Evans contributed 20 points for the Grizzlies, who got 48 percent (40 of 84) of their field goals.

The Clippers (5-3) were led by power forward Blake Griffin, who managed double-double of 30 points and 11 rebounds.

The Avery Bradley guard had 24 points as leader of the Detroit Pistons’ attack, which defeated the Sacramento Kings 108-99, who are still on the road to defeat.

The Pistons (7-3) improved to 4-1 the mark they have in their field and achieved the fifth victory in the last six games and remains leader in the Central Division.

The forward Tobias Harris got 20 points and center Andre Drummond contributed double-double of 16 points and 19 rebounds.

The Sacramento team (1-8) remains on the road to defeat, lost its seventh game in a row and allowed at least 100 points for the sixth time in a row.

Power forward Anthony Davis had a double-double of 27 points and 16 rebounds that allowed the New Orleans Pelicans to beat home in overtime 90-96 to the Chicago Bulls.

The Pelicans (5-5), who traveled to the field of the “United Center” of the Bulls, improved their mark to 4-2 in games as a visiting team.

The New Orleans team broke a losing streak of six consecutive regular-season games against the Bulls.

Center DeMarcus Cousins ​​also got a double-double of 25 points, 18 of them before halftime, and 11 rebounds, and veteran reserve baseman Jameer Nelson scored 13 for the Pelicans.

The Bulls (2-6) had as their leader encestador to the escort Justin Holiday, that approached a double-double with 18 points and nine bounces.

While the Cuban Cuban center Robin Lopez also had 14 goals and captured nine balls under the hoops, sharing with Holiday the best mark of the team in that facet of the game.