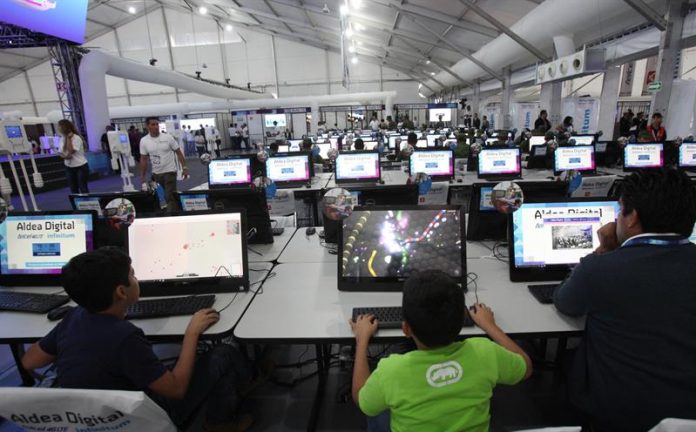 The fixed telecommunications sector (telephony and fixed broadband) in Ibero-America and the US it had revenues of 44,882 million dollars in the third quarter of 2016, an increase of 4.2% compared to the same period of 2015, the Ibero-American Telecommunications Organization (OTI) reported today.

Without accounting for the United States, 11,072 million dollars were obtained in Ibero-America, a figure 2.0% higher than that obtained in the same period of 2015, said the OTI, which brings together the main content and telecommunications companies of the Ibero-American region and the USA

The vast majority of countries in the region recorded an increase in segment revenues in annual terms, with Argentina (39.3%), Guatemala (25.8%) and the Dominican Republic (20.0%) standing out.

However, these results did not represent a significant increase in the regional aggregate, due to the fact that the highest growth is registered in countries with a low contribution to regional income.

According to the report, the region shows a slight growth in revenues from the provision of fixed services.

This is explained by two main factors. On the one hand, the increase in fixed broadband subscribers is barely compensated by the fall in the acquisition of fixed lines.

On the other hand, the highest growth coefficients in revenues are registered in countries with a limited penetration of services and that have a low weight in regional revenues, so they have a lesser effect on the Latin American aggregate.

“Fixed telecommunications revenues continue on a positive growth path,” said the document, which nevertheless highlighted the contrasts that still characterize the countries of the region.

“Markets with a greater development of infrastructure and adoption of technological means register an increasing consumption of new technological services through the contracting and use of broadband, however, in these cases more limited rates of growth are observed due to the fact that margin of increase of subscriptions is lower than in the rest of the region, “he said.

In turn, the US market recorded a slight recovery in its revenue dynamism, accounting for 33.8 billion dollars in the third quarter of 2016, representing an annual growth of 4.9%.

This growth was underpinned by “the economies generated by convergent technologies, the broadening of broadband demand for the consumption of video services, as well as by the growing use of applications in smart homes and the Internet of Things”, he pointed.