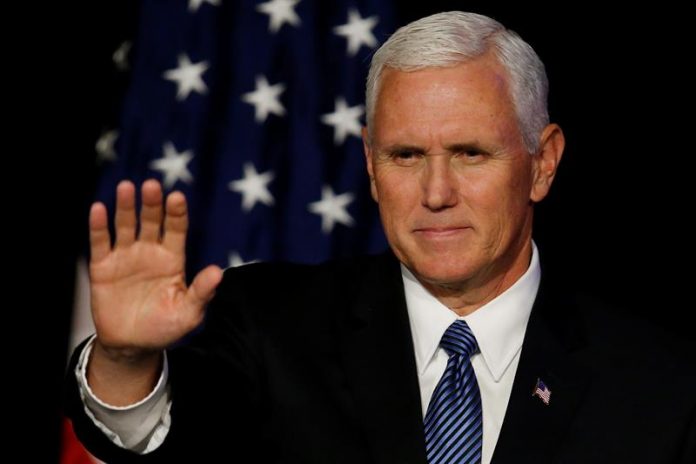 Vice President Mike Pence defended today in Orlando (Florida) that the tax reform of President Donald Trump will allow to recover jobs, promote wage increases and bring entrepreneurs back to the country.

“The truth is that there are millions of millions of dollars of profits from American businesses trapped overseas because they can not return because of the high tax burden,” Pence said during a visit to Correct Craft, a maritime industry in Orlando.

Accompanied by the Secretary of Agriculture of the country, Sonny Perdue, and the Governor of Florida, Rick Scott, the Republican highlighted the impulse to workers, small entrepreneurs and farmers who will give the tax proposal, which was presented today in the House of Representatives.

“One of the most effective ways to raise wages is to lower taxes on businesses so that they can invest in the people who make those businesses successful,” said Pence.

The vice president, who participated in a round table with businessmen and community leaders and politicians in the region, criticized the current tax rate on business, noting that “it does not end, but moves out of the country.”

The Republican said it is the “largest tax cut in the country’s history” and said that for small businesses is the “highest tax deduction since 1931”.

Republicans in the House of Representatives today released what they called a “historic” tax reform proposal, in tune with the cuts promised by the White House last September.

Pence also praised the tax cut undertaken by Governor Scott in Florida, reiterating that it increases the creation of jobs, raises wages and encourages investment to boost the economy.

According to the Republicans, the plan will save $ 1,182 a year to the “typical American family of four,” not the 4,000 that had been mentioned before.

On the other hand, the rate of 39.6% paid by the highest income in the US will remain in force after the criticism of the initial proposal, which suppressed it and led the Democratic opposition to denounce that the Republicans and Trump sought to lower the taxes on the richest.

Vice President Pence plans to participate tonight in a fundraising event of the Republican Party at the Disney resort, in an area near Orlando, in the center of the state.