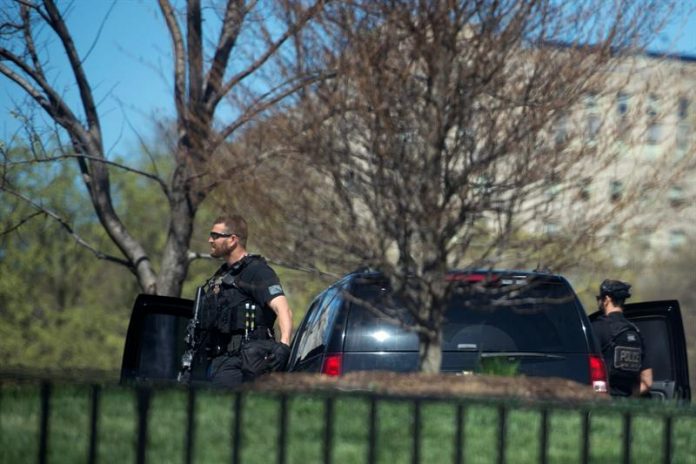 A person was arrested today in connection with a “suspicious activity” near the White House, reported the Secret Service, in charge of the protection of the president, Donald Trump.

“A subject in custody,” the Secret Service said on its Twitter social network account, which did not identify the detainee.

The police force said that it closed the accesses to the presidential complex in Lafayette Square and the north gate, in Pennsylvania Avenue.

The closure lasted for about an hour, according to the correspondent who covers White House information for CBS television network, Mark Knoller.

The incident occurred shortly after Trump left the White House to embark on an almost two-week tour of Asia, though the suspect never made it to the president’s residence.

According to the newspaper “USA Today”, the person arrested made verbal threats near the presidential complex.

The spokeswoman of the Police of Washington Margarita Mikhaylova affirmed, on the other hand, that the authorities had been investigating a suspicious package in the vicinity of the White House, without giving more details, informed the capital newspaper “The Washington Post”.