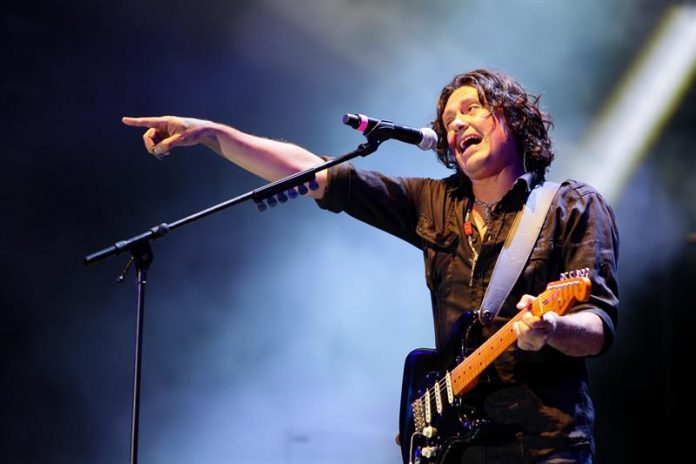 The rock band Caifanes plans to start composing a new album soon, thinking how to continue being themselves and at the same time meet the demands demanded by music today, said in an interview with Efe the group’s drummer, Alfonso André.

“Are we ready to say something?” or “How to bring Caifanes to 2018 without ceasing to be Caifanes?” are some of the questions that assail the members when deciding if they finally enter a process of composition, something they have not done since 1994, when their successful album “El nervio del volcán” came out.

The band has been considering the possibility for several years, although “it has been difficult because of the tight schedule” and the need to find “a delicate balance” between a novel voice and not stop being themselves.

“We want to do it, it is in the intention of the band to get something new, we have already had several rehearsals to come together to have new ideas,” André said, pointing to 2018 as the year indicated to launch a new work, but still without a specific date.

The band suffered a separation in 1995, after which they returned in 2011 to act mainly in Mexico and the United States.

In that interval, Saúl Hernández, vocalist of the band, along with André himself, formed the Jaguares group and published several albums, so they have not stopped creating.

The percussionist considered that “rock is alive and kicking” thanks to its own mestizo nature, which alternates promiscuity and rebellious rage with the characteristics of each region in which it is played.

“Rock music is kept alive thanks to that, which is a constant crossbreeding between new and old genres, between native music of the regions in which it occurs, so it will always be alive,” he affirmed emphatically.

About what is currently published in the rock scene, the artist was satisfied, but admitted that “there are people who do so in a conformist manner and do not reflect something that is happening socially.”

“Any artistic manifestation worthwhile has to be based on what is happening around,” he added.

Most of the genders that were born as radicals “have been assimilated as part of the status quo and popular culture,” something that also happens with artistic and revolutionary movements.

André (Mexico City, 1962) lamented the earthquakes that shook the country on September 7 and 19 and considered music to be a “light in the dark for people who are going through difficult times.”

Apart from the earthquake, in music there is always an intention to make people feel something and achieve “connect with people”.

The band obtained an enormous success between the end of the decade of the 80 and principles of the 90, “thanks to a series of circumstances that were united by hazards of the destiny” since “Caifanes does not sound to any other band but to Caifanes” .

“When we started we did not know where we were going (…) In Mexico it was impossible to think that you could live by playing rock, since nobody was betting on that kind of music,” he recalled.

The authenticity of the group – which was alternating a style rocker debtor of the boom of Spanish-language rock and roll experienced in the 80s in Latin America with genres such as punk or new wave – is because each member “comes from very different places and thus a very particular sound is achieved “.

Despite the ecstasy experienced in those decades, the band has followers among the new youth and maturity now allows them to “feel much more grateful” and better assess their growth after 30 years of career.