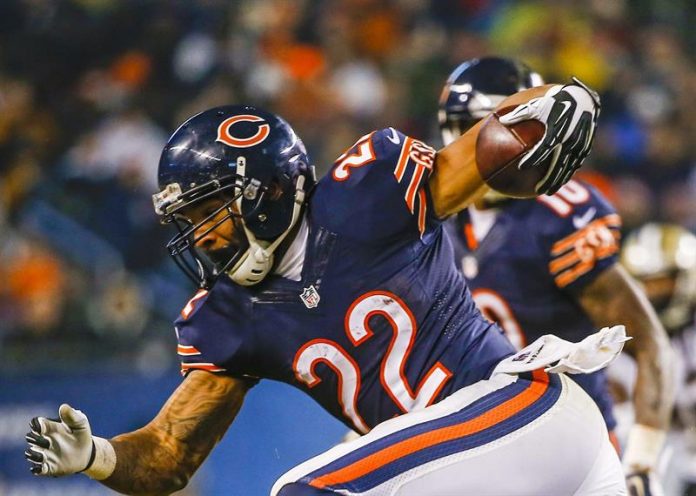 Star runner Matt Forté advanced on the ground for two touchdowns four days after complaining that the New York Jets did not do enough.

However, the defense was also dominant and the combination was the key that opened the way to victory against the Bills, in a duel of teams of the Eastern Division of the American Conference (AFC).

The Jets’ defensive work allowed Tyrod Taylor to be knocked down seven times on Thursday night in an early game of the Ninth Week of the National Football League (NFL).

The Bills (5-3) arrived with 64 points scored in their last two wins, but they self-destructed with turnovers and errors.

The Jets (4-5), who broke a three-game losing streak in which they had the advantage on all three occasions, looked more like the challenger for the New England Patriots, current leaders of the AFC Eastern Division.

Forté scored on 10 and 5-yard carries and added 14 innings for 77 yards.
In addition, Bilal Powell with 51-yard getaways and a total of 74 yards on nine carries. Quarterback Josh McCown participated in the party with a 10-yard break to open the scoring and New York ran for 194 yards in total.

Jordan Jenkins accumulated two of the Jets’ catches, helping to prevent Buffalo’s offense finding its way. In fact, the errors were the mark for Bills, like the second touchdown series in New York.

Cedric Thornton captured McCown, but took it from the mask. The 15-yard penalty, which was followed by a 20-yard pass to wide receiver Jermaine Kearse and a 22-yard drive from Forté, allowed Robby Anderson to overcome double coverage for 25-yard TD reception.

Forté’s 10-yard touchdown put him 24-7 and a play came after Powell broke four tackles en route to his 51-yard escape that consisted of elusive moves and plenty of speed.

The Bills were hurt more when Nick O’Leary lost the ball in a strange play. The tight end caught Taylor’s third-down pass and fell to the ground untouched.

He lingered, heard no whistle, and stood up. But then the ball was snatched by rookie safety Marcus Maye and recovered by fellow rookie safety Jamal Adams.