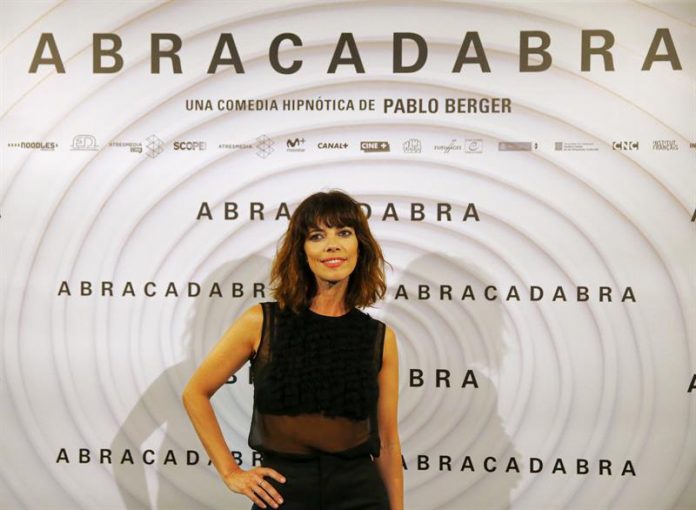 Seven films, two of which have not been shown so far in the United States, and director Pablo Berger and actors Carlos Santos and Javier Pereira will be presented at the next edition of the Recent Cinema from Spain in Miami.

The Olympia Theater, a jewel of the Art Deco style of 1926, will host from November 16 to 19 this showcase of recent Spanish cinema that has been held annually in Miami for seven years.

“Abracadabra”, by Pablo Berger and with Maribel Verdú, Antonio de la Torre and José Mota as protagonists, will open the show on the 16th. After the red carpet and the screening there will be a reception at the Olympia theater with the presence of the director.

The thriller “The Mist and the Maiden”, directed by Andrés M. Koppe, and the black comedy “Despido Procedente” (Dismissal), by Lucas Figueroa, are the two films that will premiere in the United States. United during the show.
The first will be shown on Saturday the 18th and the second on Friday the 17th.

The humorous “Villaviciosa de a lado” (A Stroke of Luck), by Nacho G. Velilla, “May God forgive us” (May God Save Us), a blockbuster directed by Rodrigo Sorogoyen, “Contratiempo” (The Invisible Guest) ), an intriguing film by Oriol Paulo that will close the show, on Sunday 19 are also in the program.

The list is completed by “Ozzy”, an animated film for children by Nacho La Casa, which will be shown at a special show.

The highlight of the show will be the musical performance of the Mastreta orchestra.
Javier Pereira, one of the protagonists of “May God forgive us”, and Carlos Santos, who plays in “Villaviciosa de lado”, will attend the screenings of his films, on Friday 17 and Saturday 18, respectively.

On Friday, they will also participate with Pablo Berger in a panel discussion at the Spanish Cultural Center (CCEMiami).

Recient Cinema from Spain is organized by EGEDA, an entity for the management of intellectual property rights of audiovisual producers in Spain, and the Olympia Theater, with the collaboration of the Institute of Cinematography and Audiovisual Arts of Spain (ICAA) and CCEMiami.