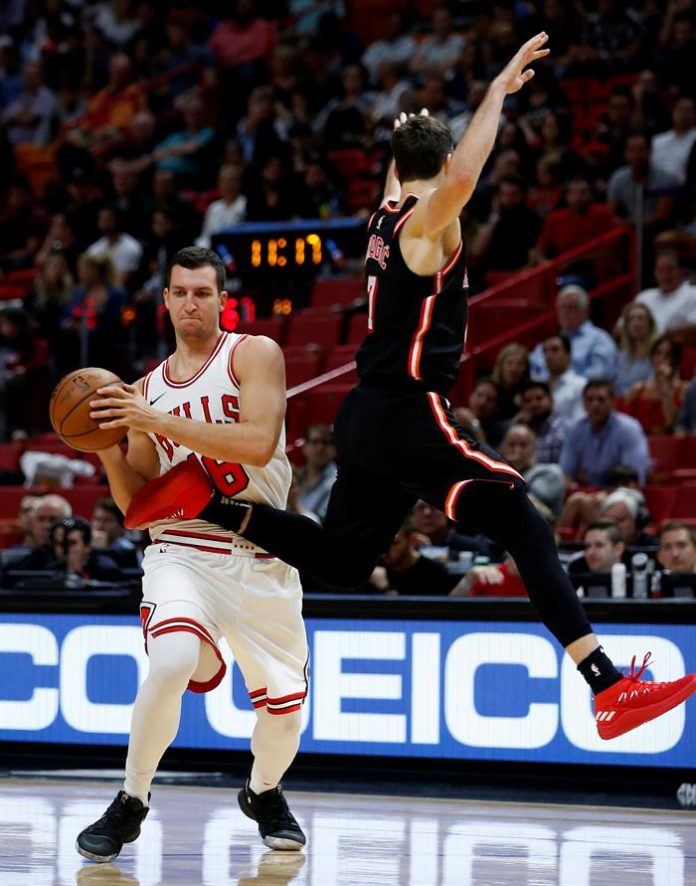 Goran Dragic scored 20 points for the Miami Heat, who beat the Chicago Bulls 97-91 on Wednesday, a team that does not know the win in games outside of their field so far this season.

Reserve Tyler Johnson scored points and Hassan Whiteside added a double-double of 13 points and 14 rebounds for the Miami team.

The Bulls (1-5) remain in the path of defeat and continue without having won a single game as a visiting team, leaving their mark at 0-3 in that section.

Lauri Markkanen contributed 25 points, Robin Lopez added 22 and backup Kris Dunn added 11 points for the Chicago team, who had 40 percent (36 of 89) of their field goals.

The Brazilian reserves center Cristiano Felicio contributed six points in 13 minutes of play by scoring 2 of 2 field goals, 2 of 4 from the personnel line and achieving five rebounds.