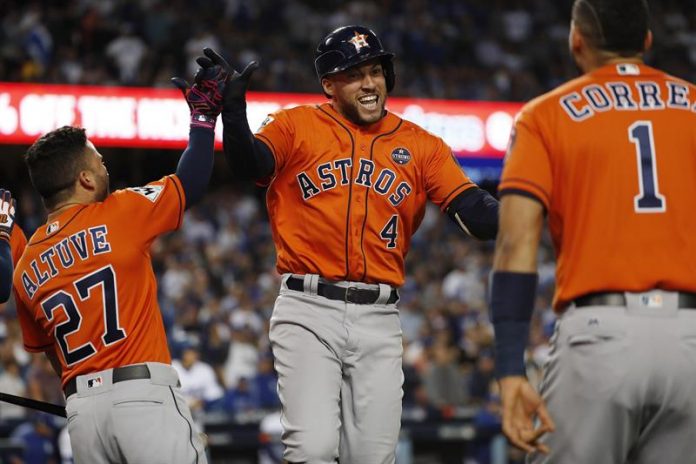 The historic wait came to an end, the Houston Astros, who a few years ago were the laughingstock team of the Major Leagues, are already the new champions of the World Series of Major League baseball, after prevailing 5-1 at home. Dodgers and add his fourth win in the seventh game.

But not only did they get the first title in their 56 year history but they did it with a connection of young Latin American players, led by the outfielder George Springer, of Puerto Rican origin, deserved winner of the Most Valuable Player Award (MVP), which They aspire to live the same experience in the coming years.

For the first time in their history, the Astros won the “Fall Classic” after defeating the Los Angeles Dodgers 5-1 in the deciding Seventh Game, who have not had a World Series title since 1998.

Team members dedicated their postseason performance to their city, hard hit this summer by Hurricane Harvey.

They carried the legend “H Fuerte” in the jersey, in order to wish fortitude to the victims.

Now, they have given a more special stimulus to the city, the title that had been denied to the franchise since it appeared in 1962 with the name of Colt .45s.

Along with Springer, who tied the World Series record with five homers, the Venezuelan Jose Altuve was also instrumental in the Astros’ triumph.

“I’ve always believed we could do it,” Altuve said. “We did this for all of them, which suffered the tragedy of Hurricane Harvey.”

Springer started the night triumphant with a double before an ineffective Japanese starter Yu Darvish (0-2) in the first round of the duel and the Astros immediately had the partial advantage of 2-0.

The Astros star fielder hit his fifth fly-near, tying the mark that Reggie Jackson imposed and equalized Chase Utley, hitting homer by fourth game in a row, a record, which put the match 5-0 in the second inning.

This time, the Astros with an airtight pitching did not allow the Seventh Match to have the vagaries of the previous ones with dramatic and exciting comebacks, because the Dodgers were unable to produce their fearsome offense.

It was an atypical duel, unlike the one that defined the Chicago Cubs’ coronation last year, with a victory over the Cleveland Indians in 10 innings, also of visitors.

But Houston fans and players hardly care about that.
“Houston, we go home as champions,” Springer said after receiving the MVP trophy, renamed this year with the name of Willie Mays.

Shortstop Carlos Correa turned the title party into something more. After giving an interview to the TV, the Puerto Rican put one knee on the ground and proposed to Daniella Rodríguez, exMiss Texas.

“Yes?” He asked, as he put a ring on her. The young woman accepted, between tears.
Altuve is one of four players who were with the club in 2013, when he suffered 111 losses after moving from the National League to the American.

Therefore, he witnesses first-hand how this team went from being a Major League player to winning something unprecedented.

The Venezuelan also had a privileged position to make the last out, a shot by shortstop Corey Seager of the Dodgers to the second baseman. 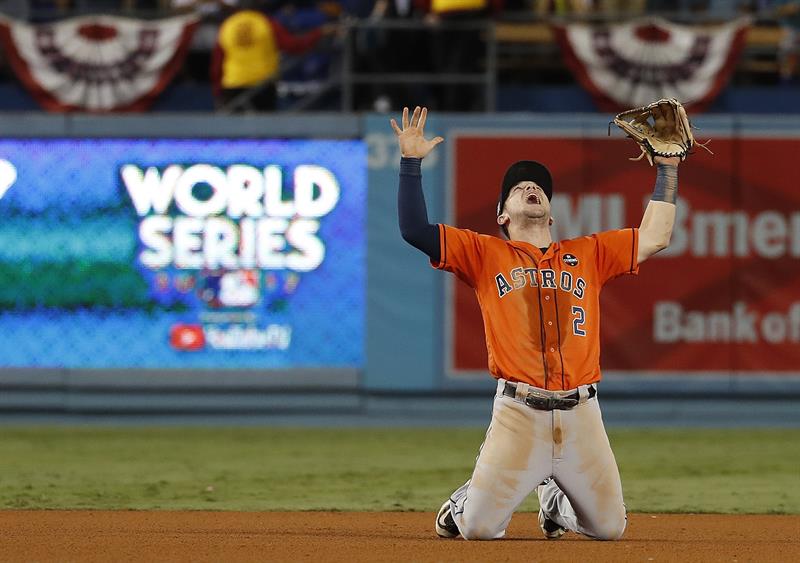 “I caught that last out for the Astros to be champions, it was a rolling to me, I hit first and I knew it was the happiest time of my life in baseball,” said Altuve.

Already with the advantage, the manager A.J. Hinch retired starting pitcher Lance McCullers Jr. as he delivered his fourth touch of the game. Thus, began a parade of four relievers who managed to preserve the lead.

Remembered so far by his old space-age Astrodome, their uniforms with the colors of the rainbow and their painful defeats, the Astros are now in memory as monarchs, at last, in their season number 56.

Also, the Astros completed the collection of the main trophies for Texas. At least one team in that state had already been Super Bowl champion, NBA, ice hockey, collegiate football, as well as men’s and women’s college basketball.

A World Series title was missing and in 2014, Sports Illustrated magazine published a cover, now famous, after Houston lost more than 100 games in three consecutive years.

“The 2017 World Series champions,” said the magazine, which showed Springer in an Astros jersey.

This year, Houston won 101 games to wrap up the AL West crown. In the Championship Series, the New York Yankees won in the sixth and seventh games.

The Astros joined the 1985 Kansas City Royals as the only teams to have won a pair of Seventh Games in the same year. For the Dodgers, the drought of World Series titles, dating back to 1988, continued. Although they finished the regular competition with 104 victories. 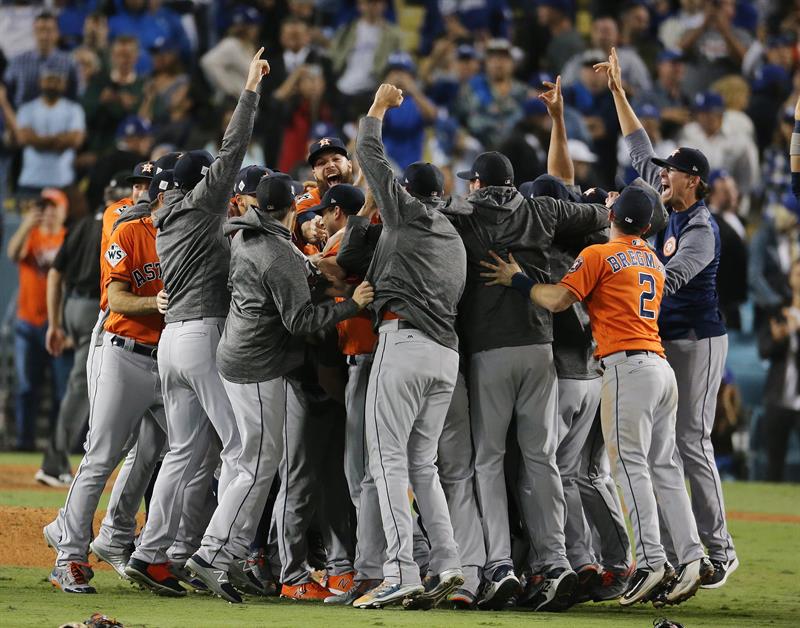 With a $ 240 million payroll, the most expensive of baseball, compared to 149 for the Astros, they could not reward co-owner Magic Johnson or driver Dave Roberts. After Darvish’s second failure in this World Series, the ace Clayton Kershaw contributed four effective relievers, but it was too late.

What the Dodgers would have needed is a much better starter than the Japanese, maybe someone like the left-hander who starred in the first-pitch ceremony, Sandy Koufax. Rubén Mantilla