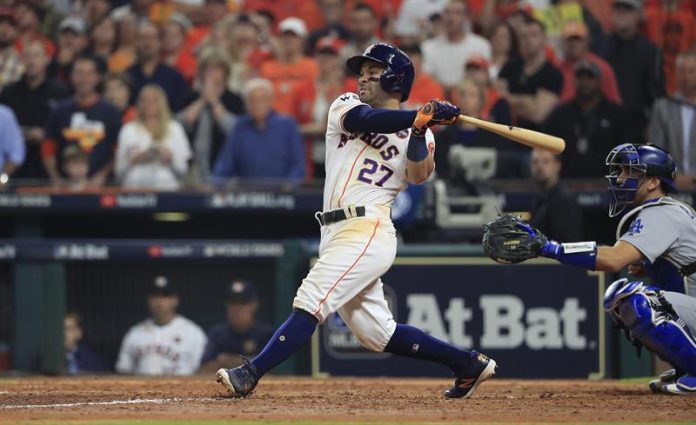 Venezuelan second baseman Jose Altuve admitted after the loss suffered by the Houston Astros (3-1) against the Los Angeles Dodgers in the Sixth Game of the World Series, that to win the seventh and decisive will have to play the best baseball.

“The Sixth is already history, and there is nothing to rescue anything else that we lost,” said Altuve, who this time went blank in four at-bats, although from the Minute Maid Park in Houston they gave him all the support In the distance. “For tomorrow, we have to play a great baseball if we want to win.”

Altuve admitted that the fact of losing the sixth match did not mean they were not in a good position to win and the World Series.

“But what is a reality is that if we had been told at the beginning of the season that we were going to be playing a seventh game of the World Series, that’s where we want to be,” said Altuve.

“Tomorrow (Wednesday) is another day and we will try to win the match. I believe in the boys because we have a lot of talent here.

Every day we go out and give it one hundred percent and tomorrow is not going to be an exception and we are going to give it our best on the pitch, “reiterated the Venezuelan second baseman.

Reaching the seventh and final game of the series of the finals and year is a novelty this year for the Astros who did it also against the New York Yankees in the American League Championship Series.

“I think it might help because not only for this year but for the next two or three that will be kept together because there are very young players who have experienced the Seventh Game against the New York Yankees and now against the Dodgers, and definitely that It helps to have more experience, “said Altuve.

That he had to explain to a journalist in what sense it would help them to play so many games.

“Well we already know what it feels like, with all the pressure, the support of the fans, and not lose control,” argued the best batter in the American League, which also aspires to the Most Valuable Player award. “All we have to do is score more races.”

Something that before the pitching of the Dodgers becomes a complicated and difficult mission.

“We all know what it means, how important it is, the last Game of the World Series, of the season, no matter what happens you win or lose you must give everything in the field and it is with the mentality that we will come out,” said Altuve.

“This is a team that is characterized by playing hard every day and tomorrow is what we are going to do.

Regardless of what may happen in the decisive match, which is going to play again at the Dogder Stadium, for Altuve the season has been a success.

“We would not like to lose this World Series, because that is what we all dream, both the players, the organization, the city, but whatever happens, I think it was a good season for us,” Altuve acknowledged.

“Our fans who support us from the Minute Maid Park can only compensate for their effort with a win and thank them.”

Altuve reiterated that the best way to respond to such support is to go out on the field and play with everything we have, spare no effort.

“Thanks for all the support, I know that tomorrow they will be there and also watching the game and tomorrow we will play with everything we have,” said Altuve, who also said that he fully trusted what he could offer from the mound. fellow, young starter Lance McCullers Jr.

“McCullers, he’s a warrior, he likes to compete and we have all the confidence in him,” said Altuve, who refused to feel any kind of fatigue.

“The energy you never lack, because when you are in the field the adrenaline arises, the fatigue you leave for your home, given that in the diamond you want to play hard with intensity and to the maximum,” added the Venezuelan second baseman. “Surely we will get a great game.”