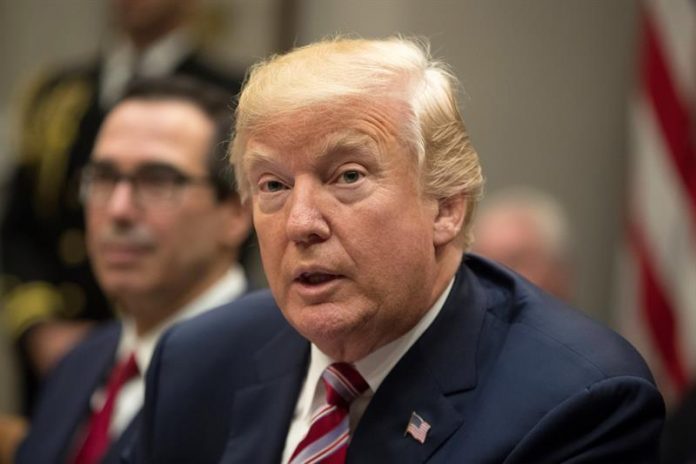 The president, Donald Trump, insisted today on the need to change the current immigration system of the country for another “based on merit” after the attack perpetrated on Tuesday in New York by an immigrant from Uzbekistan.

In a series of tweets, Trump echoed information from several media outlets, including the ABC network, which assures that the suspect of the attack, Sayfullo Saipov, a 29-year-old Uzbek, arrived in the US seven years ago thanks to a lottery of visas that are accessed by nations that have few immigrants in the country.

Trump linked the Democrats, specifically his Senate leader, Chuck Schumer, with that visa lottery program and recalled that he wants an immigration system “based on merit.”

“We are fighting hard for merit-based immigration, no more Democratic lottery systems, we must be MUCH HARDER (and smarter),” the president emphasized.

In response to criticism from Trump, Schumer defended in a statement that he has always believed and will continue to believe that “immigration is good for the United States,” accusing the president of trying to “politicize and divide” the country when a “tragedy” occurs. national”.

In addition, the Democratic leader urged Trump to “immediately rescind” the cuts to anti-terrorist financing that includes his proposed federal budget.

The attack on Tuesday occurred in the southwest of the island of Manhattan when Saipov ran with his vehicle to several people who were in the place, some of them in a bicycle lane near the bank of the Hudson River.

The New York authorities have described as “cowardly act of terrorism” the multiple abuse, which caused a total of eight deaths, five of them Argentine, according to the authorities of that country, and more than a dozen of wounded.

Saipov, who according to the testimony of people who were in the place shouted “Allah is great”, in Arabic, when leaving the vehicle, he received one or several shots in the abdomen and was transferred to a hospital as a detainee.

After the attack, Trump announced through Twitter that he has ordered “hardening” the vetoes to foreign citizens, without offering any details.

Trump’s plan of principles for future immigration reform, sent to Congress last month, seeks a merit-based system with limits on residence permits for spouses and minor children of those already living in the country, as well how to create a point system to obtain permanent residence.

Last August, Trump already backed a bill by Republican Senators Tom Cotton and David Perdue that aims to halve the entry of legal immigrants to the US over the next decade by reducing the granting of permits. of residence.

In addition, Trump has tried to restrict the entry of nationals from six countries with Muslim majority (Iran, Libya, Syria, Yemen, Somalia and Chad), with a veto that remains partially blocked by the courts.