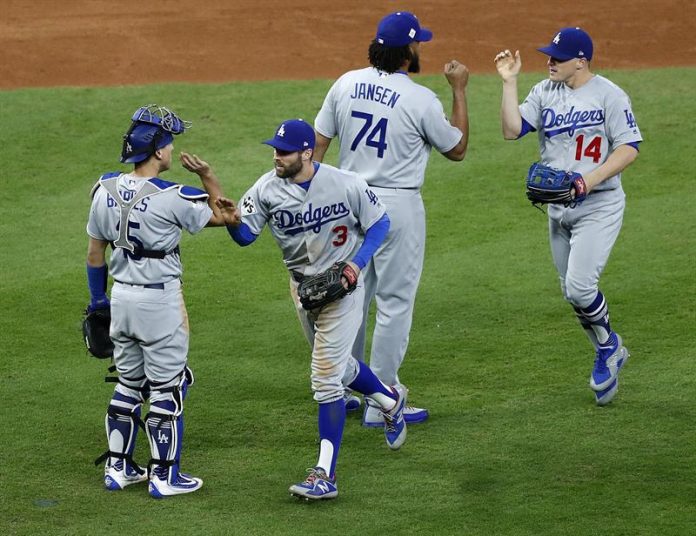 There was no doubt that the explosive batting of the Los Angeles Dodgers was going to hurt the irregular “bullpen” of the Houston Astros and that happened in the Fourth Game of the “Fall Classic” when the designated Joc Pederson hit a three-run homer Racing in the top of the ninth inning and his team won by 6-2 to get a 2-2 draw at the best of seven.

Next to Pederson, rookie first baseman Cody Bellinger was also instrumental in igniting the wick of the Dodgers offense with two doubles, including the one that opened the ninth inning, when the Astros bullpen was exposed to all limitations and shortcomings they have.

Before the Astros sank, the Texans dominated the Dodgers with a 1-0 lead until in the bottom of the seventh inning, with reliever Ken Giles on the mound for the Astros, Bellinger hit the first double and started the comeback of the team from Los Angeles.

Bellinger scored the equalizer and then repeated the same medicine in the ninth to start the race of the five decisive races achieved by the Dodgers.

The Dodgers were within three innings of sinking into a deep hole in the Fall Classic. But rookie Bellinger remembered he could hit.

Bellinger had gone without a hit in 13 turns during the series, but his double produced the tie race in the seventh episode and was what gave him the opportunity to then destroy the Astros relief, which also did not have the best decisions of the pilot AJHinch, who returned to trust Giles when he has completely failed in the final phase.

Meanwhile, Bellinger exclaimed: “It’s a miracle!”, When he reached the intermediate for the first time, from where he would later get his 1-1 draw on the board.
“We knew we could react at any time and show that this team has all the elements to win against any opponent,” Bellinger said. “It’s true that the Astros pitching with their relievers was not as tight as when pitcher Charlie Morton was.”

The Astros ‘starter had shackled the Dodgers’ batting, which only allowed him to make contact with the ball three times and gave up a clean run to get seven strikeouts.

Bellinger went 4-2 with two runs and RBI, while Pederson went 4-1 with three RBIs and one TD.

The same happened with the left-hander Alex Wood, who worked for the Dodgers and until the sixth episode was hit without until the Puerto Rican outfielder George Springer hit a solo homer with two “outs” on the board to give the Astros the advantage partial 1-0.

“We had a great opportunity to have won, but then they came up with their best hit and made the difference in their favor,” Springer said. “The triumphs and the defeats are always of the whole team”.

The Astros fans who filled Minute Maid Park, where the Houston team had a perfect 7-0 record in playoff games, were excited to predict that with Springer’s home run they could get a win on Sunday. title of the World Series, which he has never been able to obtain in his 56 years of history.

Instead, the World Series will return to Los Angeles, no matter what happens in Sunday’s fifth game with starters Clayton Kershaw for the Dodgers, pitting Dallas Keuchel to work for the Astros.

It’s about the same protagonists of the first game, when Kershaw (1-0) took Los Angeles to a 3-1 triumph.

This time the game did not leave any Latin American player who had prominence in the offensive game of both teams after the Dodgers, the Cuban Yasiel Puig went 4-0 and the Puerto Rican Kike Hernandez had 4-1.

While for the Astros, Venezuelans Jose Altuve and Marwin Gonzalez went 4-0 and 2-0, respectively. 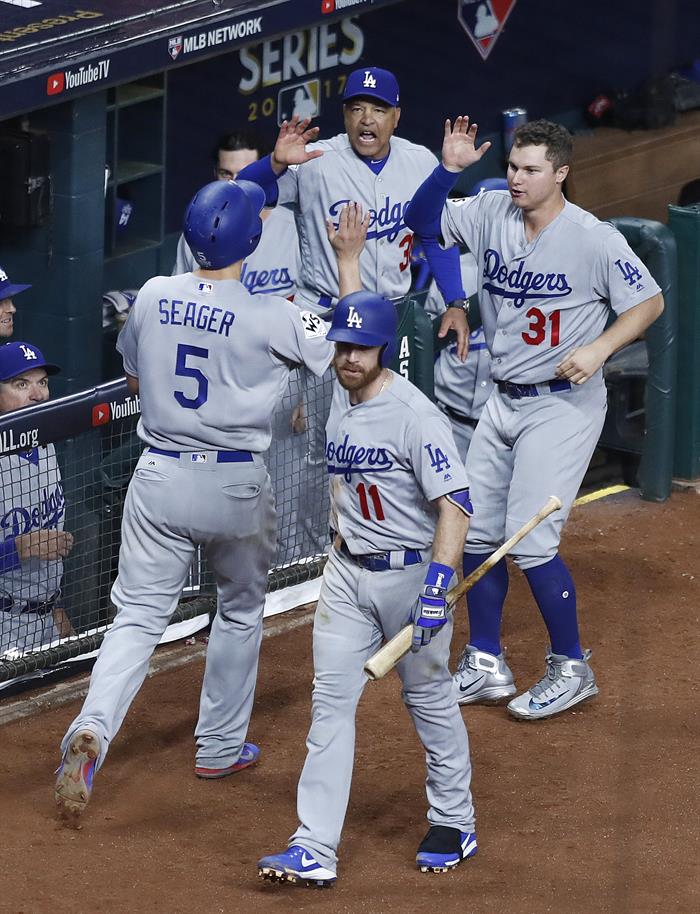 The Puerto Rican Carlos Correa of ​​2-0, and the Cuban Yuli Gurriel, decisive in the Third Game, also left in white in three at-bats.

Before the game, Gurriel, who was decisive in the Third Game, knew the suspension for five match without salary imposed by the commissioner of the Major Leagues, Rob Manfred, to meet in the season of 2018 for the racist gesture that the previous night he had done against Japanese starter Yu Davish, whom he also called “chinito”, ended contemptuously that he does not like in Japan.

The Astros bullpen completely failed with Giles (0-1), who took the loss and Joe Musgrove who could not put out the fire either.

Both were punished with the five runs the Dodgers scored.

Giles was unable to take a single “out” and gave up two hits, with three earned runs and walked 8 times with only three that he placed in the strike zone.

Musgrove started well, but in the end he gave up Pederson’s three-run homer and could not help the Astros avoid defeat.

The victory went to reliever Tony Watson (1-0), who worked perfect in the eighth inning, while Curacao closer Kenley Jasen was in charge of working the last three “outs” of the game despite allowing a solo homer to the third. base Alex Bregman when everything was decided for the Dodgers.