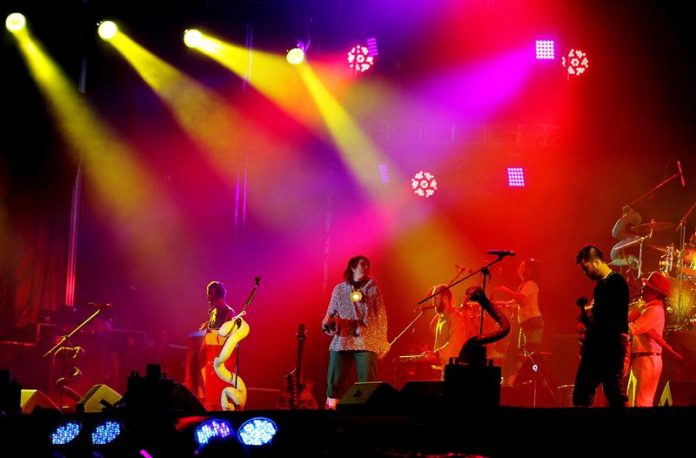 The Colombian band Aterciopelados and the Mexican artist Ximena Sariñana, among others, were in charge of putting the thousands of attendees to dance in the 18th edition of the Day of the Dead Festival, which was held today at the Hollywood Forever cemetery in Los Angeles ( California).

These artists were accompanied by others such as Cuco, Very Be Careful, La Chamba and Chulita Vinyl Club, while El Dasa, Kinky and Lupita Infante paid homage to the late Pedro Infante for the centenary of his birth.

More than 40 artists or bands were part of the contest’s lineup, the largest related to the celebration of the Day of the Dead outside of Mexico, which celebrates the memory of the deceased with colorful offerings, dozens of altars, Aztec dances and the multitudinous presence of the catrinas, skulls dressed in an elegant and traditional way.

In fact, the winners in the different categories of catrinas took 3,000 dollars (2,584 euros) each.

One of the most outstanding altars was a community one in the form of a globe, which recalled the tragedies that occurred this year, such as the hurricane in Puerto Rico or the massacre in Las Vegas.

References to the ethnic diversity of the United States and to the decisions of Donald Trump, president of the country, on immigration matters were also constant.

The central theme of the festival this year revolved around the “legacy of Posada”, in honor of José Guadalupe Posada, the Mexican artist who created many of these famous images today.

The author of “La Calavera Garbancera”, later called “La Catrina” by Diego Rivera, was one of the most important visionary artists in Mexico. The cemetery took advantage of the day to show several of his original pieces, as well as works of artists who influenced and inspired. efe