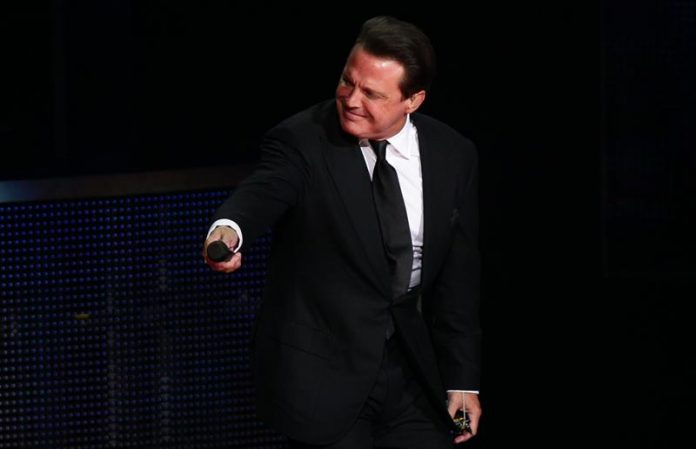 The singer Luis Miguel premieres this October 27 the song “La Fiesta del Mariachi”, which marks his return to music after a time away from the spotlight and anticipation of his new album, to be published in late November, reported today Warner Music.

“Luis Miguel will release his single on October 27, where, once again, his impeccable voice and versatility is established to appropriate different genres, this time with the theme ‘La Fiesta del Mariachi'”, indicated the label in a newsletter

Luis Miguel returns to the song again entering the Mexican musical genre and accompanied by the Mariachi Vargas de Tecalitlán.

“In an incomparable way, it will delight the public with the power of his voice, his passion and the overflowing feeling in his performance,” he said.

The singer shared an excerpt of the song in which, on a trumpet basis, he intones with energy: “What happened my chula? The party will begin, adorn these gates.”

Its production “México en la Piel” (2004) was one of the most sold in the history of this genre.

“The Fiesta del Mariachi” anticipates the new album by Luis Miguel, which will go on sale next November 24.

For the promotion of the new single, the interpreter, who was born in 1970 in Puerto Rico and has Mexican nationality, published an image that appears on the beach, barefoot but very elegant with a black trouser suit and white coat, accompanied by a black tie.

In the image, the artist appears conspicuously thin, after having recently gained weight, a fact that was highly publicized in the media.

With this album, Luis Miguel will seek to put an end to a musical drought – his last album dates from 2010 -, marked by the cancellation of concerts, controversy and legal problems.

In 2015, Luis Miguel canceled concerts at the National Auditorium of Mexico City and then starred in a series of dropouts to suspend his tour of the United States, alleging health problems.

In January of this year, the representative of the Mexican singer Alejandro Fernández sued Luis Miguel for breach of preliminary agreements to carry out a joint tour between the two artists.

In May, El Sol was arrested in Los Angeles after repeatedly refusing to appear before the US courts for the case that he faces his former representative William Brockhaus, with whom he finally reached an agreement.

Meanwhile, Netflix and Telemundo jointly prepare a series on the life of the singer starring Diego Boneta, while Univision announced in January another series of the singer.