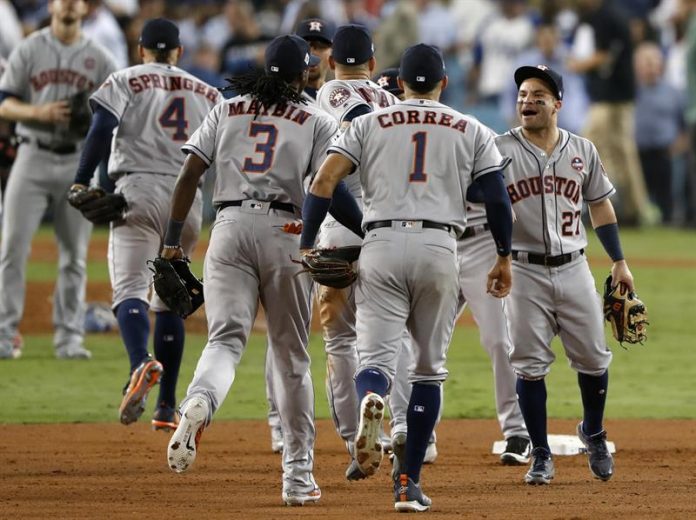 If there were any doubts about the importance and contribution of Latin American players in the Houston Astros, the memorable match between Venezuelans Marwin Gonzalez and Jose Altuve along with Puerto Rican Puerto Rican Carlos Correa and George Springer clear

His offense of four homers and six RBIs was the key that allowed the Texan team to win the first win of its history in the World Series.

They made it to the memorable second “Fall Classic” game that they won in 11 innings by 7-6 to the Los Angeles Dodgers after completing the comeback of the 1-3 scoreline they had in the top of the eighth .

Although the Astros with great pitcher Justin Verlander to the fifth inning were top on the scoreboard, in the sixth they saw again the timely and explosive batting of the Dodgers, this time headed by center fielder Joc Pederson, put in a draw on the board (1-1).

Then came in the sixth entry short course Corey Seager and again throwing the ball out of the park with his partner, outfielder Chris Taylor, in circulation, against Verlander, which was the only two hits he had allowed.

The story of the first game was repeated, but with the difference that this time Dodgers pilot Dave Roberts had already used five pitchers until the seventh in the eighth to take the Curacer closer Kenley Jansen, who could not contain the explosive batting of the Astros.

Gonzalez was the first to hit the solo homer in the top of the ninth inning that brought the Astros to life by tying 3-3 the board.
The Venezuelan left fielder deciphered Jansen’s throws and put the ball over the fence without outs as he started the ninth.

González’s bambinazo woke up the batting of the Astros they saw as in the tenth episode, first Altuve and then Correa threw the ball out of the park in a row to make history and give Houston a 5-3 lead again.

No-one in the World Series had hit consecutive home runs in a single game, and had to do the Latin stars led by Altuve, who lived a historic day, having received before the game the Hank Aaron award as best batter in the American League .

Puerto Rican outfielder Giancarlo Stanton of the Miami Marlins was the winner of the NL National League Prize.

Correa, who already have six homers in the final, also wanted to join the story and sent the ball over the fence before reliever Josh Fields.

Everything seemed that was already decided for the Astros, but with the Dodgers also said present the Latin connection with outfielder Yasiel Puig, who in the lower part of the tenth opened it with a solo homer for the 5-4 and the Puerto Rican Enrique Hernandez as emergent returned to shine with the bat when striking simple drive of the race of the tie to 5-5, that scored the emerging Logan Forsythe. 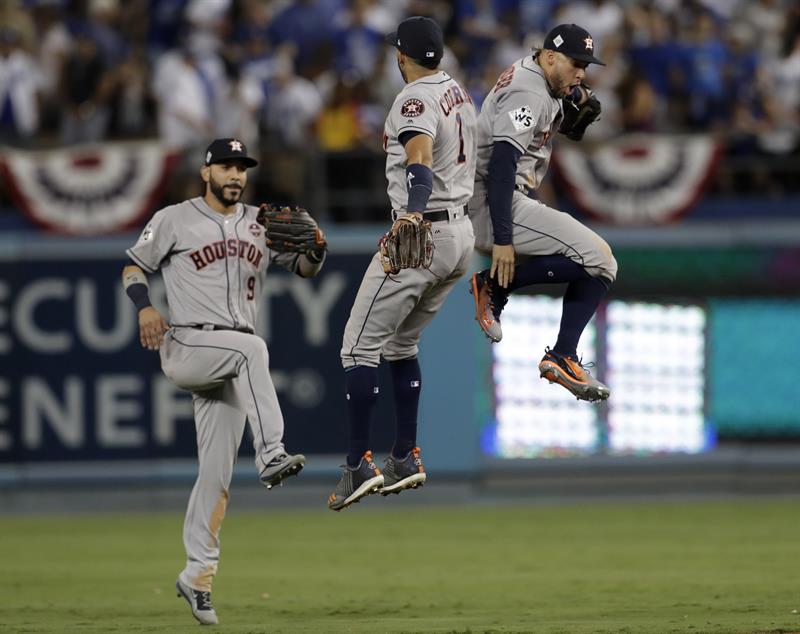 Everything had to start again before the delirium of the 54,293 spectators who returned to meet in the stands of Dodger Stadium, in Chavez Ravine, despite surpassing again the temperature of 34 degrees Celsius.

Once again, the Astros claimed their explosive bat, this time with Springer that without “out” on the board and with emerging Cameron Maybin in second put the ball above the center fielder against reliever Brandon McCarthy (0- 1), the eighth pitcher used by the Dodgers, and gave Houston a partial lead of 7-5.

The Astros triumph was close, but there was still more suspense to the party to see as with two outs on the board, another emerging, Charlie Culberson, threw the ball out of the park before the throws made him reliever Chris Devenski and emotion returned to the stands with the 7-6 partial.

In addition, the batting box came out Puig to face Devenski, who did not lose concentration and endured well the pressure to prescribe the monumental and historical punch to the Cuban gardener with which sealed the unforgettable victory of the Astros that has already passed to the annals of the “Classic of Autumn” and also with unmistakable Latin stamp.