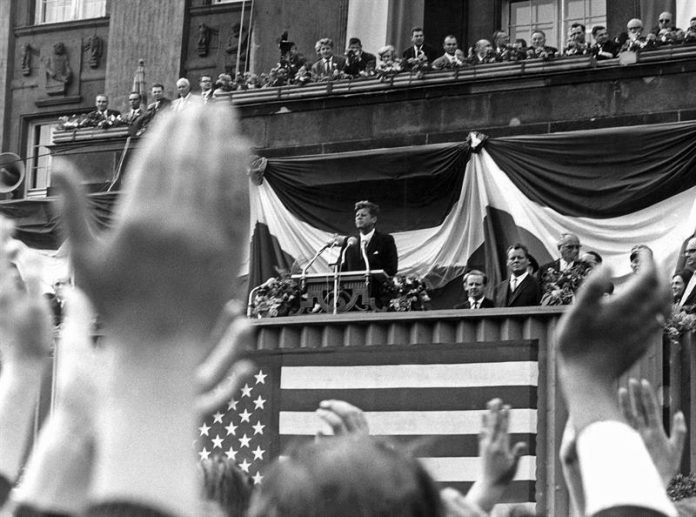 The latest unpublished collection of government files on the assassination of John F. Kennedy will come to light on a partial or full basis this Thursday, and although the experts expect no “bomb”, the documents could shed light on the CIA’s agreements and Mexico in the Cold War.

About 3,100 official files previously classified and guarded by the National Archives will be published this Thursday if President Donald Trump does not prevent it, as dictated by a law passed in 1992.

Trump, who last Saturday said he would allow the documents to see the light, confirmed today that the “awaited publication of the JFK archives will take place tomorrow.”

The imminent disclosure has vandalized historians and proponents of conspiracy theories, but the White House has hinted that the publication could be only partial: Trump could block disclosure of some documents deemed delicate by the CIA or other branches of government.

“Some records of this collection were not created until the 1990s,” and the White House wants to ensure its publication would not cause “identifiable damage” to national security, a White House spokeswoman Lindsay Walters , to Politico magazine.

Under the 1992 law, files that are blocked by Trump will not be able to see the light for 25 years, and whoever occupies then the White House must decide on its possible publication.

According to various media, the CIA has pressured Trump to keep a series of documents hidden, perhaps to hide his methods or the identity of some spies who might still be alive.

But the president has also been pressured to allow the full publication of the documents and thus satisfy those disputing the conclusion reached by the so-called Warren Commission, which investigated the November 1963 assassination and concluded that a single gunman, Lee Harvey Oswald, was responsible for the crime.

Roger Stone, a friend of Trump and exasper of his election campaign, said last Friday that he had advised the president to publish all documents, without exception.

“He believes in transparency, believes in the right of the people to know, so I’m optimistic, I think it will do the right thing,” Stone said in an interview with far-right portal Infowars.

Trump has flirted for years with conspiracy theories: it was he who speculated that former President Barack Obama might not have been born in the United States, and during the Republican primaries of 2016, Trump even suggested that Senator Ted Cruz’s father had something to do with Oswald.

Unpublished files are unlikely to contain any “bombshells,” according to federal judge John R. Tunheim, who headed an independent committee between 1994 and 1998 that examined and published the vast majority of government official documents on the murder.

“But everything that will be published tomorrow will be interesting, because all that has to do with the tragic assassination of Kennedy is,” said Tunheim in a telephone interview with Efe.

Among the documents, according to the judge, there may be details of the “agreements” the United States had to share intelligence with Mexico shortly before Kennedy’s assassination in 1963, when Oswald visited the embassies in the Mexican capital of Cuba and the Soviet Union, subject to Washington surveillance.

In 1998, “the Department of State and the CIA” persuaded the committee chaired by Tunheim not to publish “operational details of how they shared intelligence with Mexico” for fear that it would “hurt” or even bring down the Mexican Government , affirmed the judge.

“Posting how a foreign government shares intelligence with the CIA can be controversial, and I think that worried them, because the political party that was in power in Mexico in the 1990s was the same party it had” governed in 1963, he added in reference to the Institutional Revolutionary Party (PRI).

Tunheim does not believe “those concerns are relevant anymore”, so “all that information should be published now.”

Although these are the latest documents on the murder of the Government, there is still unpublished information in other hands, such as “Jackie Kennedy interviews protected by a court decision”, archives “of Jack Ruby’s lawyers” (Oswald’s murderer) or documents of the KGB in Moscow, explained the judge.