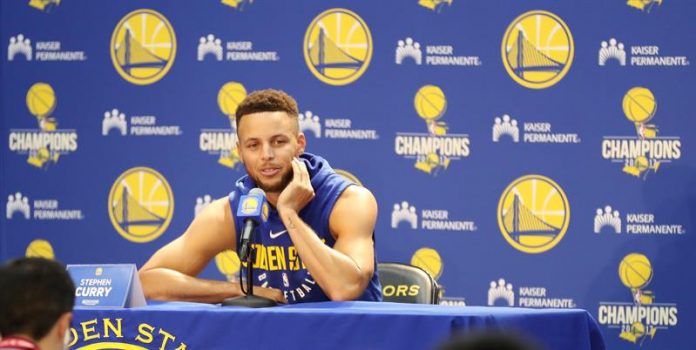 Golden State Warriors star base Stephen Curry was fined $ 50,000 today ($ 42,530) after he pitched his mouth guard against a match referee his team disputed against the Grizzlies of Memphis.

The executive vice president of operations of the NBA, Kiki VanDeWeghe, was in charge to make known the fine imposed on the star of the Warriors.

The incident, which also cost him the Curry expulsion, took place with 43.6 seconds remaining until the end of the game that the Warriors lost as 111-101 visitors.

His partner, guard Andre Iguodala was also fined $ 15,000 (12,750 euros) for using abusive language against one of the referees who led the match.