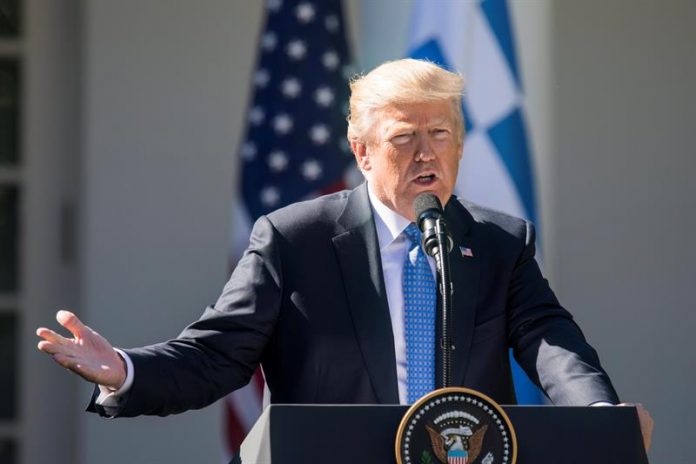 US President Donald Trump announced today that he will declassify the files of the assassination of John F. Kennedy, a Democrat who died from gunshot wounds on a political visit to Dallas, Texas, on November 22, 1963.

“Subject to receiving more information, I will allow, as president, to open JFK files locked and classified for a long time,” Trump wrote in his usual series of morning messages, but without further elaboration.

A few hours later, a White House official, who asked for anonymity, sent a brief statement to reporters.

“The President believes that such documents should be made available in the interest of complete transparency unless the agencies provide a convincing and clear justification of national security or law enforcement to the contrary,” he said.

The National Archives have until next Thursday 26 to decide which of the 3,100 classified files that they possess on the assassination of Kennedy (1961-1963) can come to the light and which they must continue in secret.

But Trump has the final authority to decide whether to publish the files or delay it for another 25 years.

A White House spokeswoman, Lindsay Walters, told Politico yesterday that Trump’s office is working “to ensure that the maximum possible amount of data can be released” for those files by next Thursday, a deadline marked under one law of 1992.

But Walters acknowledged that the White House is concerned about the fact that “some records of this collection were not created until the 1990s” and should be reviewed to ensure that their publication does not cause “identifiable damage” to national security.

A congressional official who has closely followed the process told Politico that the Central Intelligence Agency (CIA) has pressed Trump to block the publication of some documents, possibly to conceal its methods or the identity of some spies who might follow alive.

“I suppose the president could change his mind at the last moment, but unless he does, there will be no absolute publication of this information. We will see a lot of files next week, but not all, unfortunately,” the source said, who asked for anonymity.

Those questioning the official version of the Kennedy assassination are eagerly awaiting Trump’s decision in the hope that the new documents will shed light on the greatest mystery in recent US history.

According to Politico, documents dating back to the 1990s may be published with some of the censored information to avoid exposing relatively recent intelligence operations.

Most of the 3,100 unpublished documents were created by the CIA, the Federal Bureau of Investigation (FBI) and the Department of Justice, and the 1992 law dictates that next Thursday they should be published completely unless Trump decides what to do. contrary.

If he blocked the most delicate documents, Trump would disappoint historians and proponents of conspiracy theories, a group he himself is not so far off, given that during the 2016 election campaign he even suggested that Senator Ted Cruz’s father had something to do with Lee Harvey Oswald, the alleged assassin of Kennedy.