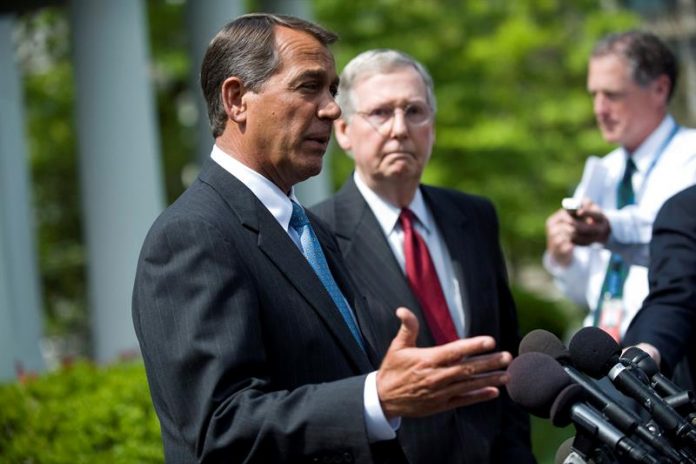 With 51 votes in favor and 49 against, Republicans won their approval in the upper house despite opposition from ultraconservative senator Rand Paul, who criticized too high spending on the accounts.

Along with the budget, the Republicans approved amendments that will allow to reconcile their proposal with the one already approved in the Lower House, which included 622,000 million dollars for Defense.

They also approved another amendment that will allow to approve the future fiscal reform with a simple majority of 51 votes, instead of the usual 60 required.

That will help the Republicans, with a narrow majority of 52 seats in the Senate, to bypass the Democratic opposition to push through its tax plan, but it is also not guaranteed that they will achieve it as demonstrated in their failed efforts to repeal the health law .

In a statement, Trump “applauded” the approval of the budget and was eager to promulgate it.

“This agreement opens a way to tap the potential of the US economy through tax reform and tax cuts, simplifying the tax code and providing financial relief for families and making US companies competitive globally” , He said.

The interest of the Republican Party – which controls both chambers of Congress and the White House – to approve a tax reform as soon as possible has led to its usual concern about the deficit.

Some senators felt that voting on the budget was merely a vehicle for pushing fiscal reform, as fiscal year 2018 began 19 days ago and Congress already approved a budget measure to keep the government funded until the 8th of September. December.

Sen. Ron Wyden, for example, said the bills passed today are a “rightist fantasy that paves the way for a hyper-party process on tax reform” to benefit the rich and corporations.

However, House Republican leader Mitch McConell argued that the tax reform’s sole objective is to “grow again” and said it represents “a unique opportunity in a generation” to replace the current tax code.