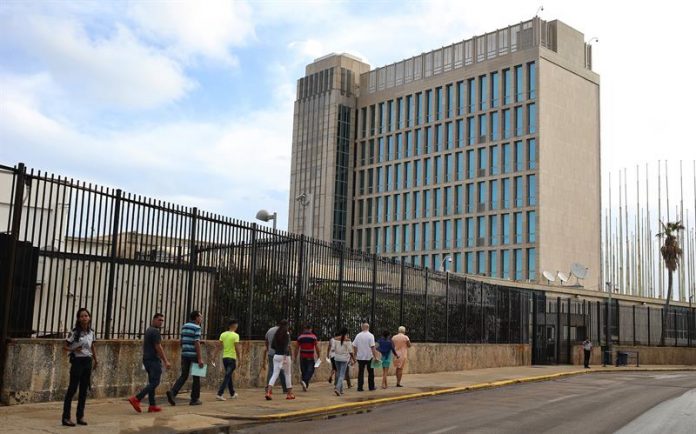 Donald Trump’s government today raised the number of Americans affected by the alleged sonic attacks in Cuba to 24, but said that does not mean that there have been new incidents since the end of last August, when the last confirmed event was recorded.

“Based on ongoing assessments of US government personnel, we can confirm that 24 people have experienced health effects from the attacks,” State Department spokesman Heather Nauert said in a statement.

So far, there were 22 confirmed victims by Washington of the mysterious attacks, which supposedly began in late 2016 and have caused symptoms such as hearing loss and cognitive problems.

The update of the figure is based on “medical evaluations of staff who were affected by incidents this year,” and “do not reflect new attacks,” said Nauert.

“The most recently confirmed medically confirmed attack took place towards the end of August. Our staff is receiving full medical evaluations and care,” the spokeswoman said.

“We can not rule out more cases as our medical professionals continue to evaluate members of the US embassy community in Havana,” he added.

In response to the attacks, the State Department has withdrawn most of its staff in Havana and advised Americans not to travel to the island, in addition to ordering the departure of 15 Cuban diplomats working in that country’s embassy in Washington.

The US government has not blamed the Cuban government for what happened, and has insisted that it does not know “what or who” caused those incidents, a subject being investigated by the Federal Bureau of Investigation (FBI).

However, Washington does accuse Havana of failing to fulfill its obligation to ensure the safety of US officials in its territory.

Trump said Monday that he believes that “Cuba is responsible” for alleged sonic attacks, although the State Department hastily clarified, in a cable addressed to its embassies abroad, that it has not, at the moment, blamed the event.

The Cuban government has denied any responsibility for the incidents and has assured that it has been investigating them since it became aware of them, although it has complained of the lack of cooperation of the US authorities in the sharing of information and lack of evidence of events.