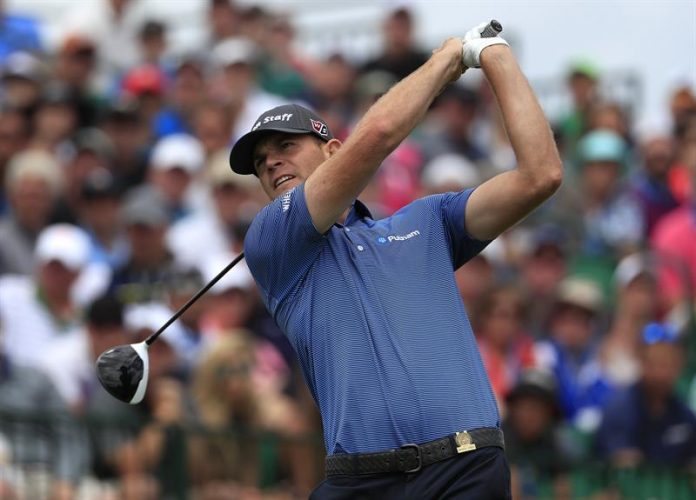 Americans Brendan Steele, Tyler Duncan and Tom Hoge are 65-under-par leaders of the US Open Circuit Safeway Open Tournament that began today at the Silverado Resort and Spa North in Napa, USA.).

Steele, champion of the last edition of this tournament, only had a mistake in a trail full of hits in which added an eagle, in the hole 5 – a par 5-; six birdies and a bogey, identical card Duncan whose eagle scored on the 10th hole, a pair four that settled in two strokes, while Hoge presented an immaculate card with 7 birdies.

The Argentine striker Emiliano Grillo and the Americans Lucas Glover, Chez Reavie and Jamie Lovemark are the two leaders.

Grillo, 60 of the world, took a good start to the tournament, made no mistakes and signed five birdies, all in the second half of the tour.

The tournament, which concludes on Sunday, distributes $ 6,200,000 in prizes, over one million for the champion, and 500 points for the Fedex Cup.

Classification after the first round: