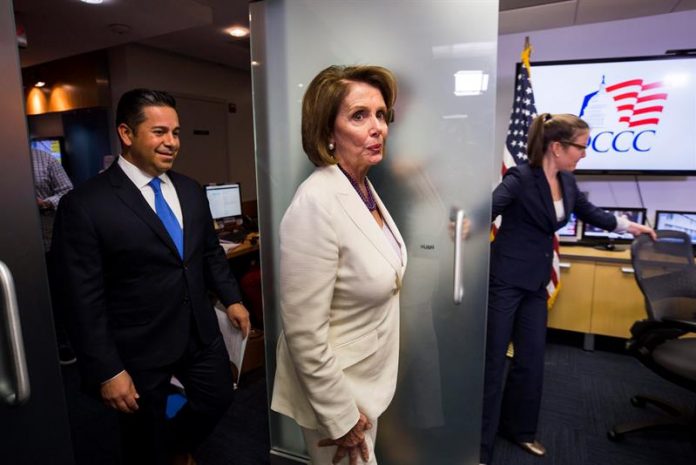 The Congressional Democrat Campaign Committee (DCCC) today launched a new round of announcements to warn voters about which Republican congressional representatives have tried to undermine their access to health care options, two in predominantly Hispanic districts of California and Texas.

DCCC President Ben Ray Lujan announced a three-week national television and radio campaign valued at hundreds of thousands of dollars and intended to alert citizens of eleven districts of the country about how Republicans could put “at risk” their access to health in their repeated attempts to repeal Obamacare.

The ads, all in English, will be broadcast in two districts with high percentages of Hispanic population, the 21 of California, now represented by the republican David Valadao; and Texas 23, represented by the also conservative Will Hurd.

“House Republicans will stop at nothing to get affordable health coverage from their constituents, and we are all at risk as long as we control the House,” said DCCC President Ben Ray Lujan.

“It should be no consolation that House Republicans have not been able to appeal our medical care, raise costs and go after people with preexisting conditions so far, as President (of the Lower House, Paul) Ryan has already indicated that this personal assault will continue in the coming months, “added Luján.

So the DCCC president said the campaign “proves that as Democrats work to increase access to affordable health insurance for working Americans, House Republicans will never stop trying to take it away.”

The DCCC’s significant investment, which will also begin broadcasts today at major national chains such as MSNBC or CNN, sets the stage for the health debate between Democrats and Republicans for the rest of the cycle ahead of the 2018 legislative elections.