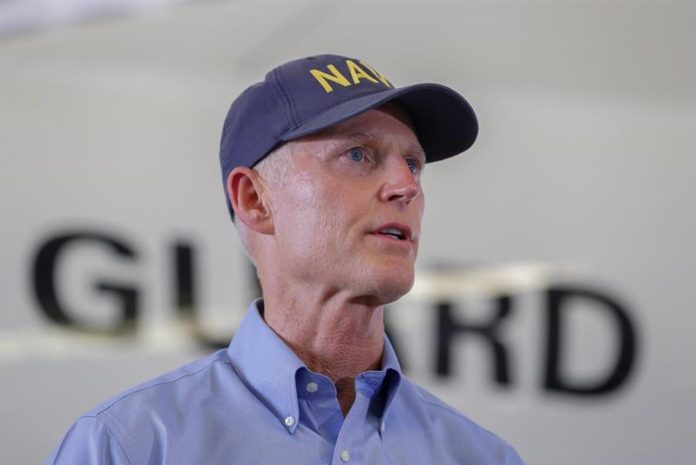 Florida Governor Rick Scott today declared a state of emergency in 29 of the state’s 67 counties in the face of the possible arrival of tropical storm Nate west of the Florida peninsula over the weekend.

The executive measure seeks to ensure that local governments have the time, resources and flexibility to prepare for this storm and are not prevented or delayed from taking the necessary actions to keep communities safe, a statement from the governorate said.

Tropical Storm Nate hit the Nicaraguan coast today and leaves major rains in much of Central America, where it has already caused the first fatalities.

“Tropical storm Nate is heading north to our state and Florida must be prepared,” the governor said.

Scott said current forecasts “have the center of the storm west of Florida,” according to information from the Florida Division of Emergency Management.

The state of emergency allows emergency management officials to act quickly in the best interest of Floridians without the burden of bureaucracy.
Nate has maximum sustained winds of 40 miles per hour (65 kilometers per hour), with more intense gusts, according to the NHC.

The 15th tropical storm of the Atlantic basin hurricane season is moving at 9 mph (15 hm / h) to the northwest and is expected to turn northeast and gain a higher travel speed in the coming hours.

Nate will cross northeastern Nicaragua and eastern Honduras in the next few hours to head back to the Caribbean Sea, where it could be strengthened, and then head for the Yucatan Peninsula (Mexico), where it could impact late Friday.

Forecasters estimate that the tropical storm will regain strength in Caribbean waters before arriving in Mexico and, after leaving the Gulf of Mexico, could become a hurricane hours before reaching the US coast where it could touch land in Louisiana, Mississippi, Alabama or the northeastern tip of Florida.

The current hurricane season has been very active, with eight hurricanes, five of which are on the Saffir-Simpson scale (3, 4 and 5), the highest number since 2005, with Harvey, María, Irma, Lee and Jose.